Along with formal confirmation of the 2018 Formula 1 World Championship calendar (below), the FIA World Motorsport Council announced a minor change to the power unit penalty system at its Paris meeting. Starting next season, if a driver incurs a penalty exceeding 15 grid places he will be required to start the race from the back of the starting grid. If more than one driver receives such a penalty they will be arranged at the back of the grid in the order in which the offenses were committed.

At its meeting, the World Council also was presented with the report on the security incidents that occurred at this year’s Brazilian Grand Prix that was requested from the Commercial Rights Holder by the FIA. Following the report, the CRH recommended that the promoter – who it noted is responsible for the security of the event – retains an independent security expert to evaluate and advise on security plans, implements a police reporting hub at the circuit and improves overall communication between the promoter security, police and F1 stakeholders. The World Council strongly urged the promoter to implement these recommendations and improve the situation ahead of next year’s event. The FIA will offer to participate in discussions with the local authorities and closely monitor the situation. 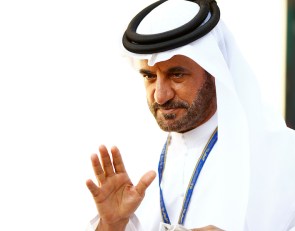