The 6 Hours of Bahrain concluded with Toyota taking their fifth victory from the nine races in the 2017 FIA World Endurance Championship.  The no8 TS050 hybrid of Sebastien Buemi, Anthony Davidson and Kazuki Nakajima took the chequered flag over a lap ahead of the 2017 FIA World Endurance Drivers’ Champions Brendon Hartley, Earl Bamber and Timo Bernhard in the final race for the Porsche 919 Hybrid.  The no2 919 finished 46 seconds ahead of their teammates, Andre Lotterer, Neel Jani and Nick Tandy in the no1 car.

While the world titles in the LMP1 category were decided in Shanghai, the 6 Hours of Bahrain saw a three way battle for the inaugural FIA World Endurance GT Drivers’ Championship between three crews driving for Ferrari, Porsche and Ford.  The race was won by the no71 AF Corse Ferrari F488 of Davide Rigon and Sam Bird, but it was their teammates Alessandro Pier Guidi and James Calado in the no51 F488 who finished second to take the world title to add the the FIA World Endurance GT Manufacturers’ Championship that was won by Ferrari in China.

The most exciting battle of the final round of the 2017 FIA WEC was in the LMP2 category which was a straight fight between the no31 Vaillante Rebellion Oreca-Gibson of Nico Prost, Bruno Senna and Julien Canal, and the no38 Jackie Chan DC Racing Oreca-Gibson of Ho-Pin Tung, Oliver Jarvis and Thomas Laurent.  When the chequered flag fell at the end of the 6 Hours of Bahrain, just 10 seconds separated the two protagonists, which decided the title in favour of the no31 Vaillante Rebellion crew after 72 hours of racing during the 2017 season.

Bruno Senna brought the car home despite struggling for the final hour of the race with a lack of power steering, which made it extremely difficult for the Brazilian to drive the car.  Two final pitstops for Jarvis and Senna had everyone on the edge of their seats but Bruno Senna wrestled the car to the chequered flag and claimed both the drivers title for himself and Julien Canal, the French driver adding the 2017 title to the LMP2 crown he won in 2015 with G-Drive Racing. Rebellion Racing claimed the LMP2 teams’ championship to add to the several LMP1 Privateer title they have won in previous seasons.

The LMGTE Am class was once again dominated by the no98 Aston Martin Racing Vantage of Paul Dalla Lana, Pedro Lamy and Mathias Lauda, who claimed their fourth win of the season to take the 2017 FIA GT AM World Endurance Trophy for both drivers and teams.  The no98 Vantage finished 77 seconds ahead of their nearest rivals, the no61 Clearwater Racing Ferrari to end a dominant season in the category.

The 2017 FIA World Endurance Championship is now concluded.  The 2018 season will begin with the WEC 6 Hours of Spa-Francorchamps in Belgium in May 2018.

CLICK HERE for the result from the 6 Hours of Bahrain 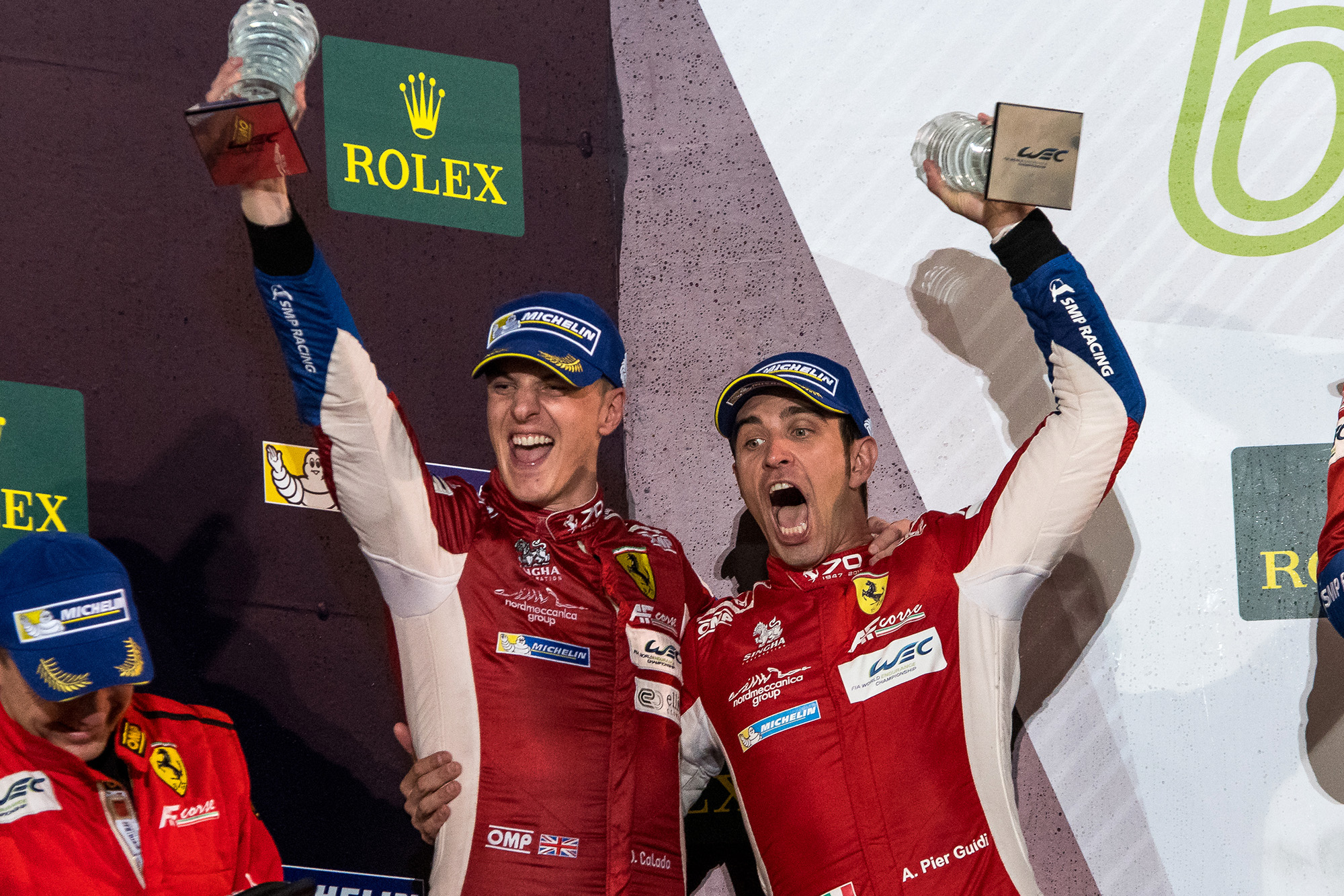