World Champion elect Timo Bernhard was quickest in the no2 919 Hybrid, seven tenths ahead of the no1 car with Nick Tandy setting the fastest lap of the three drivers.

The championship leading no51 AF Corse Ferrari was the quickest of the eght LMGTE Pro entries with James Calado posting a 1m57.972 lap just ahead of title rival Andy Priaulx in the no67 Ford GT.  The third contender for the title,  Richard Lietz and Fred Makowiecki were seventh fastest.

The Jackie Chan DC Racing team took a 1-2 in LMP2 in the final practice session with championship contender Ho-Pin Tung setting the best session time for the class with a 1m48.879 lap ahead of Tristan Gommendy in the no37 Oreca. G-Drive Racing were third quickest ahead of the no13 Vaillante Rebellion.

Matt Griffin was once again the fastest driver in the LMGTE Am class, putting the no61 Clearwater Racing Ferrari at the top of the time sheets once again.  The Irishman’s bets lap of 2m00.661 was just 0.034s ahead of the no77 Dempsey-Proton Racing Porsche.

Qualifying for the 6 Hours of Bahrain, round 9 of the 2017 FIA World Endurance Championship, is due to start at 17h00 / 15h00 with the two GTE classes, followed by the second session for LMP. 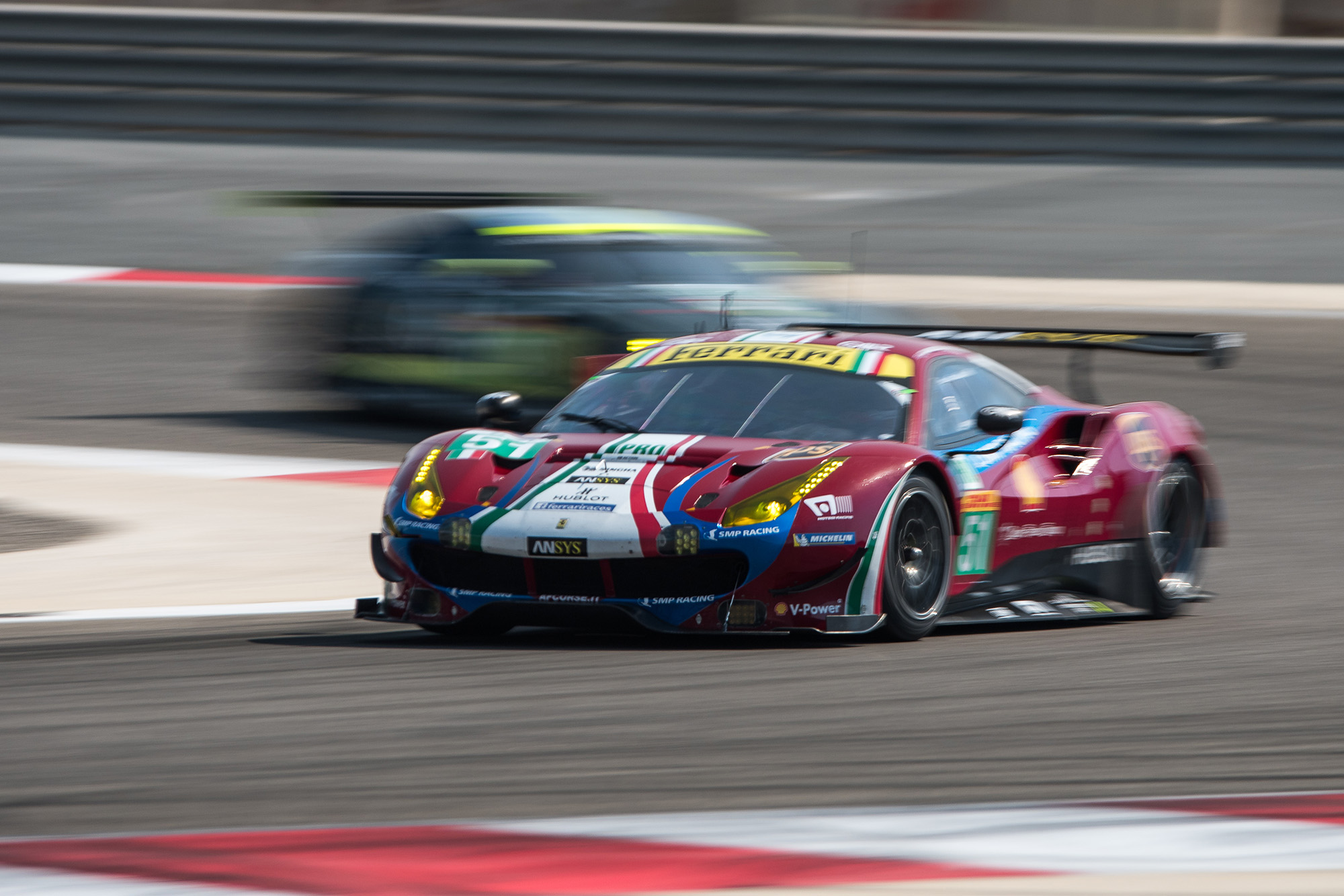