First, the driver of the No 8 Chip Ganassi Racing Teams Honda posed a question to the middle school student from Berkeley, California: “I see your name on your jacket. Are you related to my teammate?”

“That would be fun if I was,” she replied quickly in reference to four-time Verizon IndyCar Series champion Scott Dixon.

“It’s inspiring. You can spend hours in a classroom like I did, but having days like this – seeing the cars or talking to me – can give them inspiration to pursue an education in the sciences,” said Chilton, who will complete his second Verizon IndyCar Series season this week in the Verizon IndyCar Series championship-deciding race at Sonoma Raceway.

“I like to think I know a lot about cars, but projects like the CalSol car are just mind-blowing to see what college students are doing. Hopefully, this will have a lasting influence on all the younger people here.”

In July, CalSol, a campus solar vehicle team, won the Formula Sun Grand Prix in Austin, Texas, with its entry, Zephyr. The event included 18 college teams from across the nation competing in a challenge to design, build and driver a solar-powered vehicle in a track-style race.

According to the U.S. Department of Labor, 80 percent of all jobs by 2015 will require STEAM-based education and/or training. Adams, who leads the team responsible for the design, development and trackside support for the Firestone Firehawk tires used in the Verizon IndyCar Series, has been a longtime supporter of STEAM education, especially for females.

Women make up half of the total U.S. college-educated workforce, but only 29 percent of the science and engineering workforce, according to the National Science Foundation.

“Events like this are neat because not everybody has a scientist or engineer in their life. I was really lucky because my mom was a science teacher and my grandfather was an engineer for NASA, so I had that exposure to science early on,” said Adams, who holds a mechanical engineering degree from the University of Akron, where she was a member of the Formula SAE Design Team.

“An event like this brings science to people that might have had much exposure to it, so the Honda STEAM Connections Tour is fantastic because it brings science – in a fun way – to kids.”

Matthew Eliceiri, a Berkeley Engineering Formula SAE representative and mechanical engineering undergraduate from Southern California, said the event – which also drew the attention of university students – was gratifying to present to individuals who were engaged in the Q&A sessions and tour. Berkeley Engineering is ranked in the top three nationally and globally by U.S. News & World Report.

“It’s really great to expose our brand to the community and hopefully some of these students will one day matriculate to Berkeley and be part of this program,” he said. “There are a lot of fields of study in (STEAM), so hopefully a light bulb has turned on for at least one of these students.”

The Honda STEAM Connections Tour of universities across the nation, in its second year, is organized and managed by STEAM Sports Group. 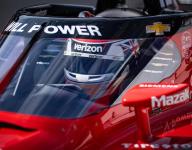