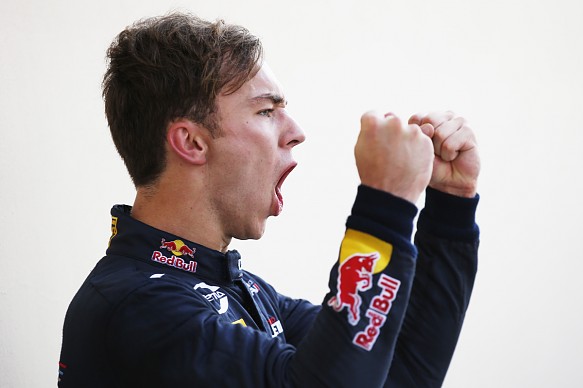 New GP2 champion Pierre Gasly could still land a Formula 1 drive in the future according to Red Bull, despite missing out on a seat for 2017.

Gasly became the first Red Bull junior to win the GP2 crown in Abu Dhabi last weekend, but he was overlooked for a promotion to F1 as Red Bull decided to retain Daniil Kvyat alongside Carlos Sainz Jr at Toro Rosso for next year.

The Frenchman, who was picked up by Red Bull after winning the 2013 Formula Renault Eurocup, has tested for both of its F1 teams this year, including carrying out work on Pirelli’s prototype ’17 tires for the senior team.

“He has done important work for us in tests and development work this year. There isn’t a seat available in F1 for him at the moment, but he is the most senior member of the junior team and being retained by us because we rate him extremely highly.

“Whatever the future holds for him, F1 can still very much be part of that future.”

“I said to Helmut my only goal is to get into Formula 1,” said Gasly. “I will always keep pushing for that, but you always need an opportunity. We will see what happens; at the moment I don’t know.

“My future is wide open, but you can be sure that I will keep pushing with everything to get into Formula 1.” 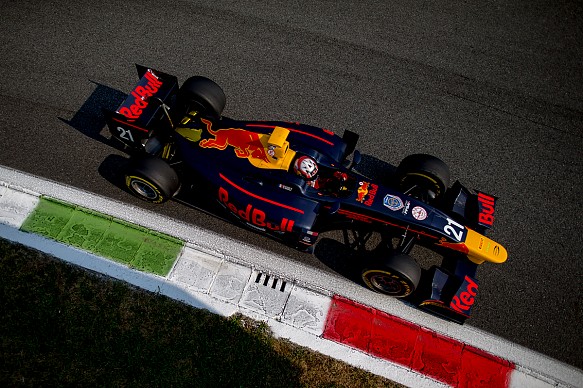 Gasly said the GP2 title race, which went down to the wire with his Prema teammate Antonio Giovinazzi, was an emotional roller coaster.

“It means so much, because this season has been really tough, mentally and physically,” he said.

“My mother was hospitalized for three months, and I had a broken vertebra for two and a half months after Silverstone [where both were involved in a road accident traveling to the circuit].

“There were tough times like at the Red Bull Ring, where I led the race but got stuck in the gravel, or Monza where we were first and the safety car came out and we lost the victory, or the fire extinguisher at Hockenheim [which was empty and resulted in losing third place].

“Honestly, I could write a book about my season. So many things happened, but we never stopped fighting.”