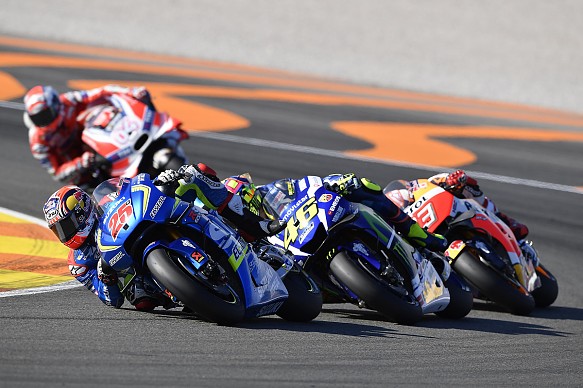 Suzuki MotoGP boss Davide Brivio says the manufacturer is happy to lose the concessions designed to help emerging factories after just two seasons back in the championship.

Having left MotoGP at the end of 2011, Suzuki returned in ’15 with Aleix Espargaro and Maverick Vinales finishing 11th and 12th in the championship with best race results of sixth.

Primarily through engine gains and the introduction of a seamless gearbox, Suzuki took a major step forward in 2016, with Vinales finishing fourth in the championship, after taking Suzuki’s MotoGP first win since 2007 at Silverstone, and three other podium finishes. With those results, Suzuki scored six “concession points,”meaning it will lose the scope for unlimited testing and in-season engine development next year.

“We are a young team, we are losing the concessions only in our second year, which means something,” Brivio told Autosport. “We’re happy to lose the concessions because it means we are competitive and also I like the idea to challenge the other manufacturers on the same level, with the same rules.

“We only did seven days instead of [the restriction of] five in the season so it’s not a big loss. We now challenge everybody at the same level.”

Under the system, three points are scored with each victory, along two for a second-place finish and one for a third.

Only Aprilia and newcomer KTM will receive the allowances, which also includes the scope to use nine engines per rider rather than seven in each season. Ducati lost its concessions at the end of 2015, but then won a pair of races in ’16, which encourages Brivio.

“That’s the game, we want to challenge the other manufacturers in MotoGP,” he said. “We’re happy to go under the same rules, the same conditions because we want to see what we can do, how our level is, so let’s start from that.”

Suzuki opted to save some of its new testing allowance during Iannone’s second test with the team at Jerez last week, finishing his program in a single day. 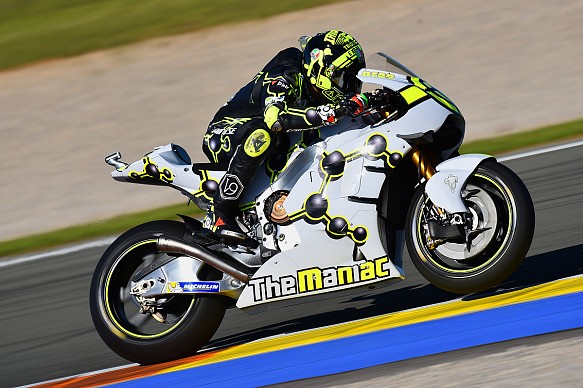