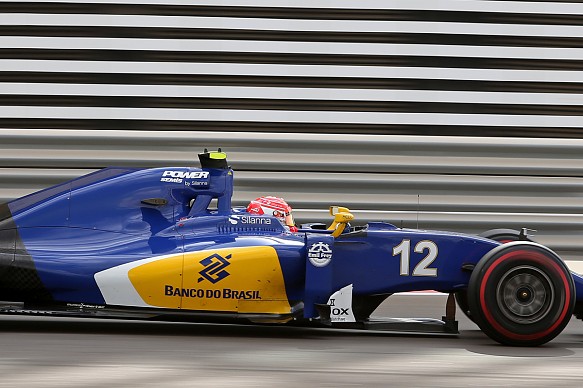 The Sauber Formula 1 team has admitted Felipe Nasr has lost his primary personal sponsor and that this is likely to have an impact on its 2017 driver choice.

Difficulties in concluding a new deal with Nasr’s backer Banco do Brasil had been holding up Sauber’s line-up decision, with the team only able to announce that it will retain Marcus Ericsson so far.

Reports in Brazil in recent weeks suggested the bank – which has backed Nasr’s career since his junior racing days – would pull its sponsorship. Asked if this was the case, Sauber team principal Monisha Kaltenborn replied: “That’s correct. The bank informed us as well. They have interrupted their 2017 sponsorship program.

“Our seat is still open – we are including that in our assessment and that’s all there is to say.”

Current Manor driver and Mercedes protege Pascal Wehrlein is understood to be the leading contender to take Nasr’s place at Sauber if he is not retained. Mercedes motorsport chief Toto Wolff said his firm is still discussing possible 2017 options for Wehrlein with both Sauber and Manor owner Stephen Fitzpatrick.

“Having had the opportunity with Esteban [Ocon] and Pascal at Manor [this year] was great,” said Wolff. “Their development is impressive and it’s a great place for both of them.

“Manor is still an opportunity for next year. We are in discussions with Monisha and with Stephen and his management group. Nothing is decided yet. That’s where we are.”

Ocon has already completed a deal to move from Manor to Force India next season.