DTM: Duval gets test with Audi

DTM: Duval gets test with Audi 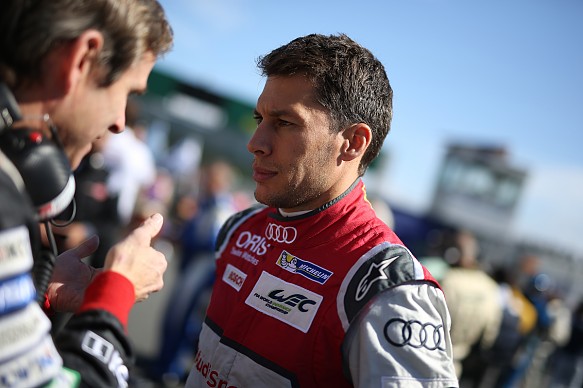 Loic Duval will test Audi’s DTM car at Jerez next week, in the wake of its withdrawal from the World Endurance Championship.

The French driver was part of Audi’s full-time LMP1 line-up since 2013, when he won the title alongside Tom Kristensen and Allan McNish. He took two wins this year with Lucas di Grassi and Oliver Jarvis, the trio finishing second in the drivers’ standings in Audi’s last campaign.

Duval, who also races in Formula E with Faraday Future Dragon Racing, could still stay with Audi and he will take part in the DTM’s traditional young driver test at Jerez on Nov. 29-Dec. 2.

Rene Rast, who contested three DTM races with Audi in 2016 in his position as the manufacturer’s reserve driver, and is considering a future in the series, will join Jamie Green in providing a reference, while 2016 World Rallycross Champion Mattias Ekstrom will join Green in working on Audi’s 2017 car.

All three DTM manufacturers will drop from fielding eight cars to six each in 2017.

Audi has lost Edoardo Mortara to Mercedes, and elected not to retain two-time champion Timo Scheider, however if Rast and Duval were to land drives, it would require two more drivers to make way.