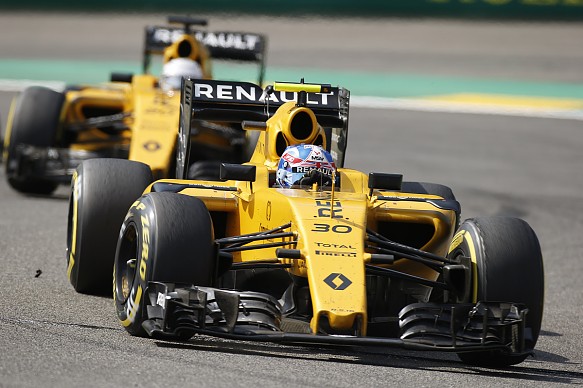 Jolyon Palmer is not sure Renault appreciates the effort he and teammate Kevin Magnussen have put in with a “difficult” Formula 1 car this season.

Nico Hulkenberg will join the Enstone-based outfit from Force India next season, leaving Palmer and Magnussen to fight over one seat.

The Renault duo have had an upturn in form in the last three races, with Magnussen taking a point in Singapore, Palmer scoring his first in Malaysia and both showing well last time out in Japan to finish 14th and 12th respectively. But Palmer does not think Renault is giving them the credit they deserve, highlighted by the fact at least one of them will lose their seat.

“Do I think they appreciate everything we’ve done? I’m not sure,” he said. “Kevin has done some great races as well and he’s proven in 2014 [with McLaren] what he can do in a good car.

“He finished second in his first race, he out-qualified Jenson [Button] over the course of the year. Now two years on we’re both struggling because the car is not really there.

“Neither of us probably have not got the credit we deserve in a difficult car. And that’s spurred on by the fact that one of us will be replaced. 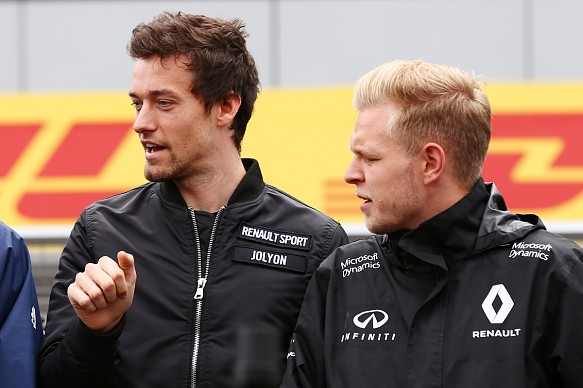 “The car has been tricky and we’ve both done well, with mistakes but at certain points we’ve been doing a good job.”

Palmer said the Hulkenberg announcement was “not a big shock” because he knew in Japan “something was going to happen.”

He reiterated he wants to stay at Renault, but conceded he will have to look elsewhere given there is only one seat left.

“Nothing changes from my point of view,” he said. “One seat, two drivers in the team that want to stay, but I’m just going to keep showing what I can do.

“The Force India seat has been closed until last week, so that’s now a good option because the car is pretty quick, but the main focus is doing a good job here. Definitely I want to stay with Renault but I need to look somewhere else as well because someone is going to be disappointed [when Renault chooses Hulkenberg’s 2017 teammate].

“If an opportunity comes up elsewhere then it’s up to me to decide if it worth waiting here or going somewhere else. I’d rather find out sooner rather than later.”

Perseverance pays off for Shank