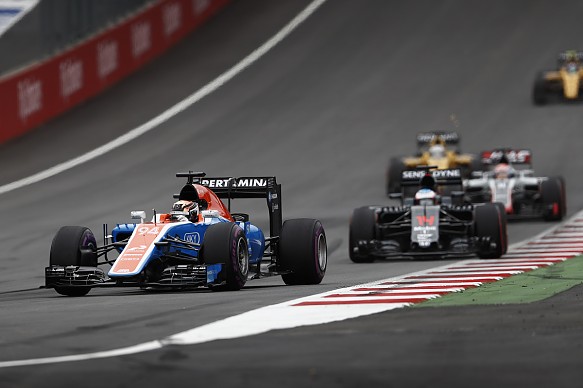 Manor racing director Dave Ryan believes the team has shown it is a serious Formula 1 competitor and not just making up the numbers with its Austrian Grand Prix performance.

For only the second time in the team’s 124-race history it claimed a top-10 place, with Pascal Wehrlein securing 10th on the last lap after a brake failure sent Force India’s Sergio Perez crashing out.

Although fortuitous, it was still a case of being in the right place at the right time, and a reward for the hard work of the team and Wehrlein after he qualified 12th and knocked on the door of the top 10 for most of the race.

Asked what the point means for the team, Ryan told Autosport: “It could mean a lot of things, but the most important is it just puts a sign down that we are a serious, professional team.

“We’ve been called all sorts of things over the years, but we’re here to compete and we’re here to try and improve race on race, and we’re doing that. We’re a very small team that came into this season trying to get organized and trying to put routines in place and understand what it means to be a top team.

“It’s a great return on the effort that everyone’s putting into it, particularly when you consider the team has changed a lot. Everything about it’s changed, and it’s changing race by race. We’re starting to get more on top of things. The guys are realizing anything’s possible, it’s just hard work.”

For Manor, the point could prove financially crucial as it may yet reach 10th place required in the constructors’ championship ahead of the currently point-less Sauber and collect a sizeable share of the prize pot.

Ryan is urging the team to savor the moment, but not to rest on any laurels.

“For sure it puts a mark down,” he added. “We’ve got a point, but a point’s not good enough going forward. We’ve got to look at what’s beyond that.

“We’re enjoying the moment, but it’s all about turning up at Silverstone in a couple of days’ time and doing the same thing there.”