Rosberg was blamed by the stewards and came off second-best on track, too, limping home fourth with a damaged car as Hamilton snatched the win.

Here are the two drivers’ own takes on what unfolded, and the thoughts of exasperated team boss Toto Wolff: 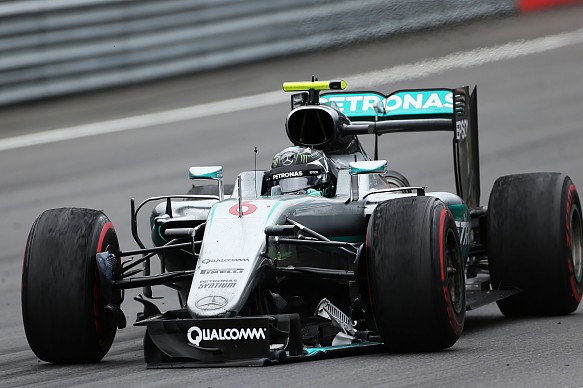 “I’m on the inside, I have the right to defend. I don’t need to take the ideal line. I had Lewis on the outside and I wanted to keep him there, of course always leaving him track space.

“It’s a fact he had space. You can look at the onboard and all the other cameras.

“Of course, after the collision it may look like he did not, because I am airborne and I lose grip and it takes me further out of the track, and after that it may look like there was less space, but that’s irrelevant because that’s after a collision.

“I just want to repeat: at all times there was space prior to the collision.

“I’m just extremely frustrated because I felt I had the win in the bag, and even in the moment I was sure I was in a good position to defend and win it, just before the collision.

“The collision completely took me by surprise. I didn’t expect Lewis to turn in.

“He apparently said in a TV interview I was in his blindspot, so maybe that is the reason why he turned in. That’s a possible explanation.

“I would love to have won here, and to lose it in such a way on the last lap is unbelievably hard.

“I lost the race, he won it, and I’m the guy who suffered in the collision. I was unlucky, he was lucky.” 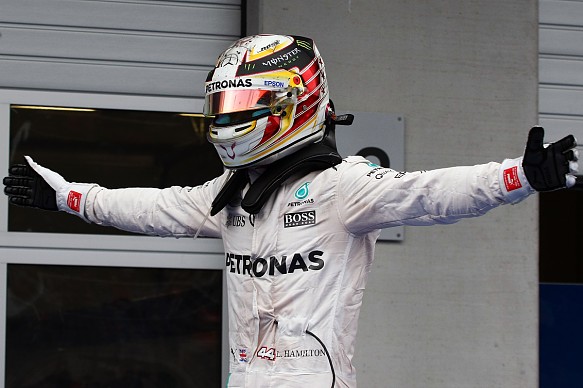 “I would’ve loved to have gone to the inside but he covered the inside so I had to go to the outside, but even got past him – which was mega. It’s very hard to do that here.

“If he had done [Turn 1] normally as he’d done the lap before I wouldn’t have had the chance, but fortunately the opportunity came.

“I don’t go out to get involved in a collision. Today as you saw I drove as wide as possible within the white lines so I left a larger space, three cars could’ve came on the inside there.

“Honestly I don’t really want to get into any negatives. I just want to focus on the fact that I won today. You guys can see the move and take your own opinion from that. I have my own opinion but I’m going to keep that to myself and try to focus on that race.

“The team want to finish first and second. That’s my goal and the team’s goal and I want to be at the front of that, but certain circumstances have led us to where we are today.” 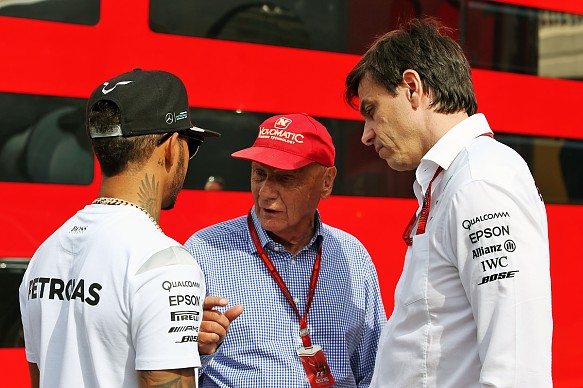 “At the end of the second-last lap Nico’s brake-by-wire failed, that means the electronic braking, which obviously reduces the performance in braking, so that was the technical problem.

“Lewis caught up, and with the collision, it always takes two to tango. But it starts somewhere, and it started with the braking into Turn 2 where one hard maneuver triggered the next hard maneuver, and it could have ended up in a double collision, which obviously is the worst nightmare for us.

“I don’t think it’s that black and white [as a deliberate collision]. Nico was with a car that was handicapped, trying to brake later, and not on the line that was probably the normal line, and Lewis came from the outside, and this is where the first contact was made.

“I don’t want to attribute any blame because every time you watch the video and you look at onboards there is new information. You can’t clearly say who is more to blame than the other.

“I have a personal opinion, and I’m not going to express it here. As a matter of fact that needs to be avoided.

“In Barcelona I was much easier with it because we had 29 races without any collision. It was clear it was eventually going to happen, it wiped out both cars.

“From my naive thinking I said to myself, ‘OK, that’s it, they’ve learned their lesson, they’ve seen the consequences and it’s not going to happen anymore.’ But here we go, it happens again. So the only consequence is to look at all the options available on the table, and one option is to freeze the order of a certain stage in the race.

“It’s unpopular – it makes me puke myself because I like to see them race, but if the racing is not possible without contact, then that’s the consequence. We’ll have to cool down a little bit and in the next couple of days figure it out.

“There’s the heat of the moment – it’s either the first lap or the last lap – and you know what? I am fed up with trying to analyze it. I just don’t want any contact anymore.

“The fact is, if they race in the way we saw in Bahrain [2014] – that’s the best example – we love it. A collision of teammates is a no-go for every team and needs to be avoided.” 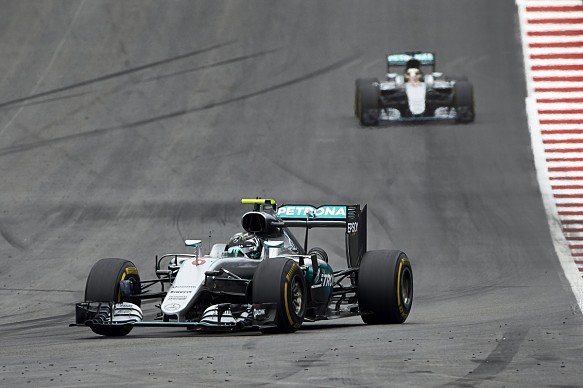