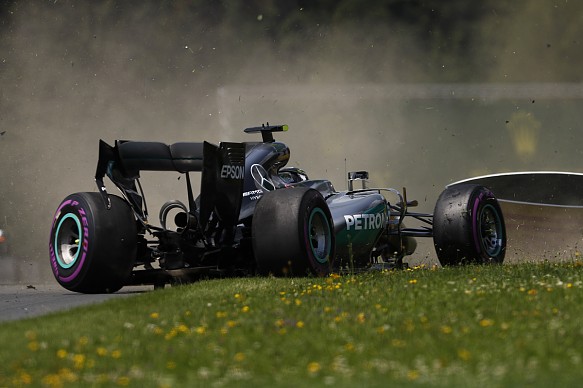 Formula 1 championship leader Nico Rosberg will receive a five-place grid penalty for a gearbox replacement following his crash during final practice ahead of the Austrian Grand Prix.

Mercedes has confirmed Rosberg’s car suffered a left-rear suspension failure due to unusually high loading at full throttle on a curb.

Rosberg had just set the fastest time in the first sector at the Red Bull Ring when the left-rear of the car ran over a curb on the exit of Turn 2. That sparked the suspension failure, forcing Rosberg into a spin, hitting a barrier and coming to rest back on the track.

Mercedes has also stated a gearbox penalty will be incurred as a full new unit will be fitted ahead of qualifying, with the team working flat out to repair the car to ensure he can take part.

At the end of the FP3 session, Mercedes executive technical director Paddy Lowe told Sky Sports F1: “It looks like it was suspension failure on the curb. He was full throttle on the curb at the point where he lost the rear end, so we’re looking into that. We need to make sure we are covered for the race.”

Asked whether any measures could be put in place, Lowe replied: “That I don’t know yet.” 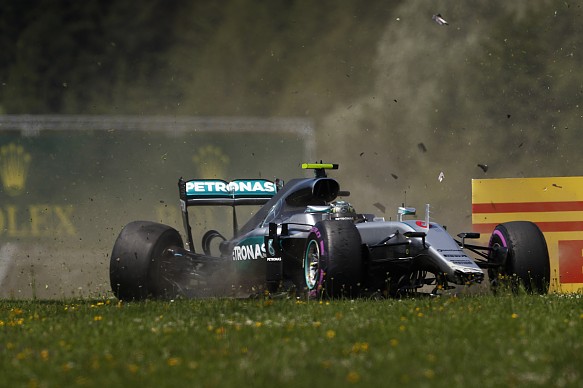