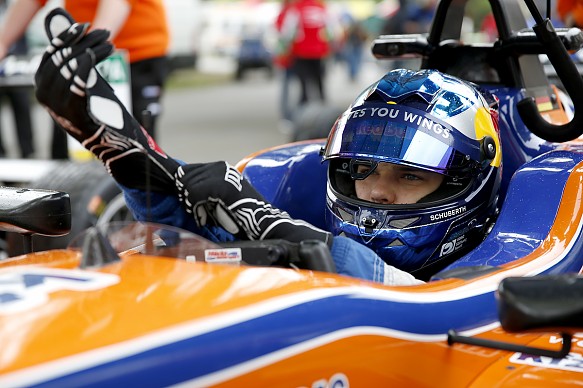 Teenager David Beckmann led the way on the second day of Formula 3 European championship testing at Hockenheim on Thursday.

The 16-year-old Mucke Motorsport driver set the day’s benchmark of 1m31.9s early in the morning session, with Callum Ilott his closest challenger 0.278s down.

Sergio Sette Camara, who will drive for Toro Rosso in the upcoming post-British Grand Prix Formula 1 test, was third, as every driver in the top 10 set his best time in the morning.

Camara reported that his car felt “strange,” suspecting that it could still be suffering from damage sustained in incidents at the previous Norisring round.

The 21 drivers in action were covered by less than one second, with Ralf Aron propping up the timesheets just 0.974s off the pace set by Beckmann.