Mingay’s family said that he underwent surgery Saturday night for facial injuries suffered in the accident.

Mingay suffered a hard crash in Turn 5 of the third lap on the 2.3-mile track. The Detroit News reported Mingay’s truck flipped over after swerving to avoid traffic, shearing off the roof. He was removed on a stretcher, taken to the infield care center and transported to Detroit Receiving Hospital. He was originally reported by the hospital to be in critical condition, but later Saturday he was upgraded to serious but stable.

The SST series called off Saturday’s race but returned to the track Sunday for its scheduled second race.

The Queensland, Australia, native is a stunt rider, stunt-riding instructor and an action sports entertainer, according to his website. He had two SST wins in 2015. 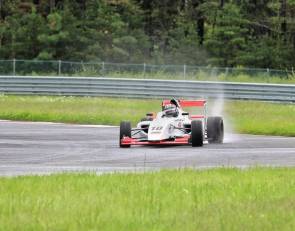