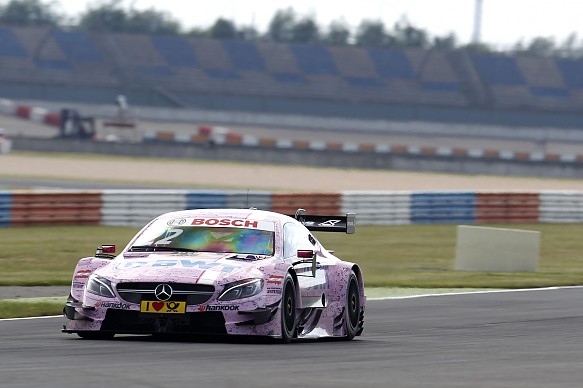 Lucas Auer will start Sunday’s second DTM race at the Lausitzring from pole as he and Mucke Mercedes teammate Christian Vietoris qualified first and second.

Austrian Auer was one of a number of drivers to improve in a frenetic end to the 20-minute session and, after initially going sixth quickest, set a fastest time of 1m16.861s to secure his second pole in the series.

Vietoris completed a front-row lockout for the Mucke team in the final minute, setting a time just 0.070 seconds slower than his teammate had managed.

BMW Team RMG driver Timo Glock prevented a Mercedes 1-2-3 and was only marginally slower in third, as his improvement displaced Robert Wickens.

Mike Rockenfeller was the best-place Audi driver in fifth, ahead of the fourth Mercedes of Gary Paffett.