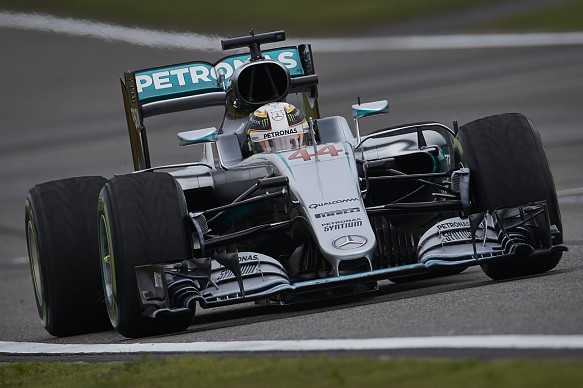 Lewis Hamilton will keep the Formula 1 power unit that failed during Chinese Grand Prix qualifying as a spare as Mercedes believes it knows what the problem was.

The reigning world champion ended up last in qualifying after an MGU-H problem stopped him from doing a flying lap in Q1. Mercedes subsequently fitted a fresh engine, the second of his allocation of five, while investigations on the damaged unit were carried out back at the factory.

Some parts could not be salvaged but those that were undamaged will now remain in the pool to be used if required later in the season.

“The MGU-H has been stripped and the issue is suspected to be associated with the insulation,” the team outlined in a statement. “The turbocharger will be replaced in addition to the oil pumps, after debris was found in the oil system. With the repairs completed, this power unit will remain in the driver pool and travel to Sochi as a spare.”

Mercedes added the investigation into the failure has been ongoing “every minute” since the unit arrived back at its Brixworth, UK base. An engineer with expertise in the system will be assigned “exclusively” to investigating the problem.

“He or she will chair a meeting at least every 24 hours, calling in four to five people to help cogitate theories,” the team’s statement related. “These tend to be people that have a broad experience of the power unit, a good problem solving mindset and an ability for lateral thinking – working through theories step by step to ensure they are robust.”

Hamilton refused to be downbeat after a difficult opening three races left him him 36 points adrift of teammate Nico Rosberg.

“After all these years, experience has taught me to stay calm and keep pushing forwards when I get knocked back,” he said. “I’ve been here before a few times now. A lot can happen over the next 18 race weekends and I have the utmost confidence in this team.

“But adversity is part of the journey – it brings us closer, makes us stronger and I know that together we’ll bounce back. So I’m confident of better weekends to come.”