Scorching Texan heat greeted all four classes of IMSA’s TUDOR United SportsCar Championship as qualifying got under way at Circuit of The Americas.

The Austin, Texas facility was bathed in temperatures exceeding 95 degrees, and with a boiling track surface north of 113 degrees, tire management became a critical aspect for every driver chasing pole position.

“All the Ganassi boys and the Ford EcoBoost program; it’s been a tough season for us and we haven’t been to Victory Lane, so we’re only concentrated on winning,” said Pruett, who won the COTA race last year with former teammate Memo Rojas. “We’d like to repeat here.”

The incredibly fit 55-year-old also says he doesn’t mind the heat that’s expected to carry through the race.

“Hot’s hot,” he added. “It’s the same for everybody. I’m looking forward to it.”

A pre-event Balance of Performance change in GT Le Mans aimed at slowing the Porsche 911 RSRs did not have its desired effect as Porsche North America’s Patrick Pilet claimed pole position (2:04.396) by a slim margin over Dirk Werner’s BMW Team RLL BMW Z4 (2:04.490) and his Porsche teammate Earl Bamber in the sister 911 RSR (2:04.651).

“It’s amazing,” said Pilet. “It was tough with 20 kilos more in the car, and the track was really slippery, but I tried to keep the tires in good conditions for the race.”

“Hats off to everyone here at Paul Miller Racing; they gave me a great Audi R8 LMS to drive,” said the young American after climbing from his V10-powered Audi.

After the morning warm-up, the next outing for the TUDOR Championship will take place when the 36-car field sets off for the 2h40m penultimate round of the 2015 season at 12:30 p.m. ET on FOXSports 2 and IMSA.com. 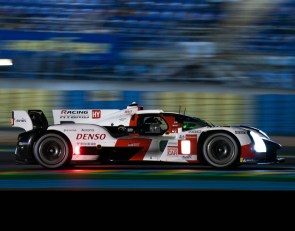 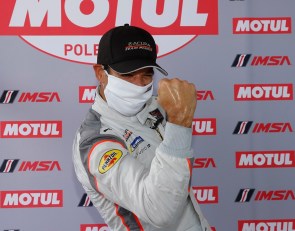 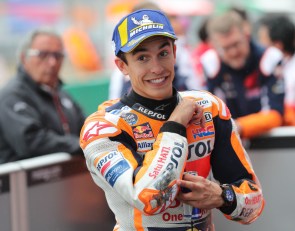