The KISS ethos – Keep It Simple, Stupid – is one that rarely creates great racecars. Generally, the machines that earned big numbers at the time, and still earn big plaudits decades later, are ones that have incorporated technological breakthroughs or introduced a completely fresh way of attacking a problem. Think Mercedes-Benz W196, Lotus 79, Williams-Renault FW14B, Penske-Mercedes PC23B…

But the Maserati 250F is one obvious exception. As you’ll read in this issue of RACER magazine, there was nothing startling under that car’s beautiful skin, particularly not when compared with the W196. But while the Benz was crammed with new tech and crushed the opposition, its most famous drivers, Juan Manuel Fangio and Stirling Moss, preferred the “simple” Maser and reveled in its glorious handling.

That kind of greatness is less quantifiable than power outputs and results sheets, but no less real. And anyway, here’s a hard stat: the 250F won the first grand prix of 1954, yet was still able to carry Fangio to the 1957 World Championship, and even win a non-points F1 race in ’58.

Longevity and relative simplicity is also the mark of two of our other featured cars this month. The Porsche 936 was driven by heart – Porsche’s continuing desire to win Le Mans overall, not merely rack up class victories with 911 derivatives – and it produced a gem that earned three LM24 victories over six years. Similarly, the Eagle 7200-7400 “family” eschewed the pursuit of the big breakthrough to focus instead on getting every crucial aerodynamic and engineering detail right by thoroughly thought-through design. Their superiority turned these Eagles into some of the most popular “customer cars” in Indy car history.

Customer cars are now a hot topic in Formula 1 as ways are sought to cut costs for smaller teams. But at the other end of the scale – the end that covers free-thinking excess – don’t miss our story on the greatest cars of IMSA’s GTP era…

Take a video tour of the new issue, which is on sale now: 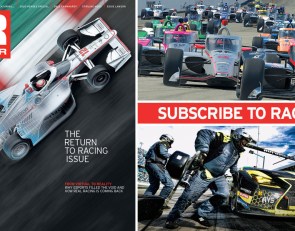 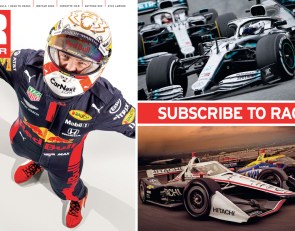 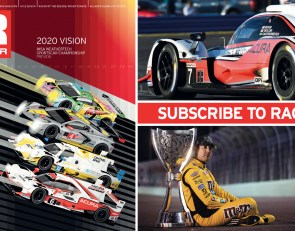