V8 Supercars will race on the streets of Kuala Lumpur in Malaysia from next year, the Australian championship has announced.

Series officials have signed a four-year agreement to hold a round of the championship in the Malaysian capital. V8 Supercars will headline the Kuala Lumpur City Grand Prix event from 2016 onwards, and will run a demonstration at the inaugural running on Aug. 7-9 this year. The demo will feature all five manufacturers currently represented in the series, with Craig Lowndes (Holden), Scott McLaughlin (Volvo), Chaz Mostert (Ford), Will Davison (Mercedes) and Todd Kelly (Nissan) all in action.

“We are absolutely delighted to begin this partnership with the KL City Grand Prix and be the first international racing series to participate at this spectacular event,” said V8 Supercars CEO James Warburton. “Having four Championship races in Kuala Lumpur until 2019, in close reach of Australia and in a similar time zone for our fans are key ingredients.”

V8 Supercars has raced in Asia once before, holding a championship round at Shanghai in 2005. Its last event away from Australia or New Zealand was in 2013, when it raced in the U.S. at Circuit of The Americas. 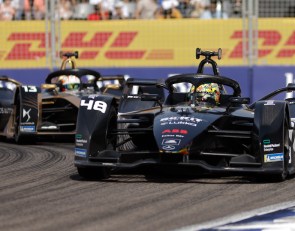