The Frenchman shakes down the Honda turbo-powered chassis at the Circuit of Grand Sambuc in southern France, and will venture to Colorado next month for the 92nd running of the event on June 29. 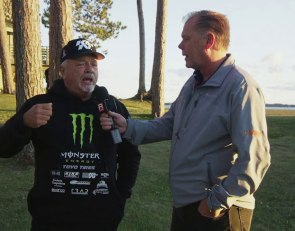