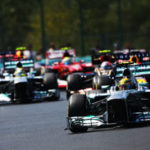 Formula 1 teams have been called to a summit meeting with the FIA in Geneva on Jan. 22 to try to make progress on framing future rules, including a cost cap.

Although it is understood no final agenda has been issued, teams have been told the meeting is aimed at pushing forward with regulation ideas proposed at the end of last year and to discuss the future direction of the sport. The main focus, though, is likely to revolve around getting a grip on cost controls to ensure the future of the current 11 teams.

F1 bosses and motor racing’s governing body last year provisionally agreed plans for more rigorous cost controls to be introduced in 2015, but it was subject to teams reaching agreement on proper regulations. The key issue at stake is to specify what areas of team activity will be covered by a cost cap, with the hope of an agreement being reached by June this year. The FIA has now taken the lead in trying to maintain momentum for the radical F1 rule change in order to avoid that deadline being missed.

Finding agreement over the scope of a cost cap that pleases all teams will not be easy, because if the limits are set too high to appease the bigger squads, then it will have no benefit for the smaller squads that are struggling to survive.

Ferrari has proposed the idea of a multi-layered cost cap that takes into account the varying needs of manufacturer teams which produce their own engines and the smaller customer operations.

“We have put on the table an idea that instead of having an equal approach we do something different, because to be fair we are talking about something that will only affect the bigger teams, not the small ones that are ready to die,” explained Ferrari team principal Stefano Domenicali. “Why do we not consider for example an approach where a team that can earn a certain amount of money can spend a certain amount of money?

“We can then keep a balance between the revenue and the cost in order to make sure that everyone with different structures can have an approach that is different considering the different situations.”

Lotus team principal Eric Boullier conceded that the ultimate problem was not in pulling back the spending of the top teams, but in ensuring that the cost structure did not leave only a few outfits capable of success.

“We are still far from having something inked,” he said. “In principle, we have to understand that you have maybe three or four teams who can afford to spend twice the average budget of the rest of the grid.

“For me the problem is not what they spend because the more they spend, the better it is for F1 in some ways. But we need to have a competitiveness that allows most of the teams to fight for podiums. If you have the same winner, as we have had in the past, it could be dangerous for F1.

“We have to make sure we bring some stability in the paddock to most of the teams and make sure we can have more teams involved in fighting for the championship to make the racing exciting.”