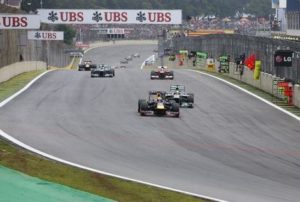 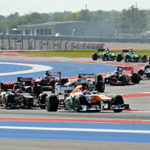 Formula 1 drivers admit they have no idea how grands prix will shake out this season because of the radical regulation changes.

As teams continue working flat out to get their cars ready for the first test at Jerez on Jan. 28, both Felipe Massa and Nico Hulkenberg admitted on Tuesday they are clueless about what the future will bring.

Amid suggestions that testing and racing could be chaotic – and others thinking it will be the usual suspects at the front – both men agree that nothing is clear right now.

“There are so many changes for this year but everyone is in the same boat,” Massa told the Williams team’s website. “Until we are in the car, we don’t know what we need to learn and what we don’t. Things like how to feather the throttle with the big increase in torque, and how the new stronger ERS will affect driving.

“Aerodynamically, the cars will have less downforce than 2013, especially in the first half the season. These are big changes which we need to understand as quickly as possible when we start testing.”

Hulkenberg, who like Massa is switching teams this year, says he thinks F1 has never faced such uncertainty ahead of both the first test and the opening races of the campaign.

“At the moment, nobody knows how this season and the new cars are going to be,” he told Force India’s website. “There are a lot of questions which we can’t really answer until we have been on the track, running – not even the first race will be the absolute truth-teller. There will be a lot of data we need to look at and analyze, work with it to go forward. Never before there has been a situation like this, when with just a couple of weeks before the first test nobody has any idea of where everyone is.

He added: “It’s a pretty unique situation for everyone. It’s a challenge, an opportunity to do something special, but on the other hand it opens up the opportunity to do mistakes, so we will need to do our work well.”