Ward to stand for FIA presidency

Ward to stand for FIA presidency

FIA president Jean Todt is to face opposition in this year’s presidential election after FIA Foundation director General David Ward announced on Thursday that he will stand against him.

Having revealed several weeks ago that he was considering putting himself forward as a candidate, Ward has decided to resign from his Foundation role to focus on an election campaign.

In a statement issued on Thursday, Ward said that although the rules of the election did not forbid him from remaining at the independent Foundation, he thought it was in the best interests of everyone that he stepped down.

“After much careful thought I have decided to stand as a candidate in the 2013 FIA Presidential election,” he said.

“The election period begins in September and it will be necessary for me to approach FIA members to secure nominations. In these circumstances I think that the correct course of action is to resign.

“Election processes inevitably involve robust and lively debate, and whilst the Foundation is independent and there is no legal requirement for me to resign, I believe that it is in the best interests of the charity that I stand down now.”

Ward’s position as director general will be taken temporarily by his deputy Saul Billingsley before a permanent successor is appointed.

Todt has yet not formally confirmed that he will stand for a second term, but has hinted several times that he would  like to continue in the role.The Frenchman became FIA president in 2009, after beating his only rival Ari Vatanen in the election.

During his presidency, Todt has focused on road safety and adopted a low profile in F1, is in stark contrast to his predecessor Max Mosley. Nevertheless, he has courted controversy several times – most notably over the holding of the Bahrain Grand Prix, and has not yet concluded talks to frame a new Concorde Agreement with Bernie Ecclestone. 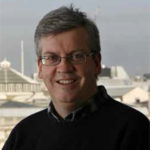 WHO IS DAVID WARD?

Ward has been director general of the FIA Foundation for the Automobile and Society. The 56-year-old has worked in the area of road safety for 18 years – and played a key role in establishing the United Nations Decade of Action for Road Safety 2011- 2010.

Ward originally achieved prominence in UK politics when he was a policy advisor to the former opposition leader John Smith.

After Smith passed away in 1994, Ward became director general of the FIA European Bureau in Brussels from 1996 to 2001, following which he became a key advisor to former FIA president Mosley before the creation of the FIA Foundation in 2001.