Danny Thompson's LSR diary: The fastest guy out there

Danny Thompson's LSR diary: The fastest guy out there

In last week’s article I mentioned that Bonneville’s different classes weren’t very meaningful to me, because my foremost goal was to be the fastest piston car on the salt. There isn’t an official designation for that, so I called it “the world’s fastest hotrod.” I stand by what I said, but I probably should have predicted the deluge of questions regarding the actual classifications.

For the record, when I run the Challenger II, it will be entered as an AA Fuel Streamliner (FS). That’s not the same category my dad was in when he originally drove the car (he used a supercharger), and my class record is technically lower than his was. But just to emphasize, I don’t really care about winning the class. I want to be the fastest person out there, period.

Just out of curiosity, I counted up all of the classes and engine combinations available in the four-wheeled category. I came up with 825. I did the same for the motorcycles, and came up with an even larger number. That didn’t seem right, so I called up Van Butler, head of bikes for the SCTA, and he confirmed that there were almost 1000 different class combinations.

That may sound confusing, but I think it’s a good thing. If you are an enthusiast interested in coming to the salt, you have zero excuses. There is a category ripe for conquest with your name on it. The slowest bike record sits at 19.983mph. The fastest is 376mph. With four-wheel cars, the gamut is ever larger. Get to work!

The biggest Bonneville event each year is Speed Week. It gets more than 600 individual car and bike entries, and is the one that you should attend if you are interested in getting a taste of the salt’s unique culture. There are a few other smaller events during the season, but I’m primarily interested in Cook’s Shootout, which is limited to eight vehicles and tends to be populated by very fast streamliners. It’s the only FIA-sanctioned event, and the only time I can qualify for an FIA record.

Thank you for all of your questions. Feel free to keep them coming. As always, you can find more information about our project at thompsonlsr.com http://thompsonlsr.com> . See you next week. 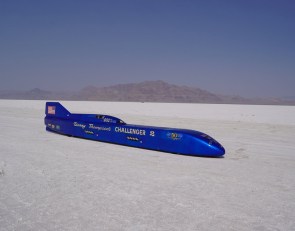 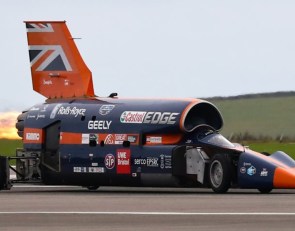 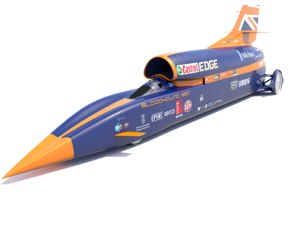