Tom O’Gorman will join Rockwell Autosport Development for the first round of the 2023 IMSA Michelin Pilot Challenge season at Daytona, driving the No.10 Audi RS 3 LMS TCR.

O’Gorman will contest the four-hour race alongside the full-season driver Alex Rockwell and Preston Brown. It marks O’Gorman’s return to the IMSA paddock for the first time since 2019.

“It feels surreal to be returning to IMSA competition,” said O’Gorman. “I, as with so many others, found myself suddenly back at square one in the spring of 2020. I didn’t know whether I’d have the opportunity to join the pro racing ranks again, so there aren’t words to describe how grateful I am to Rockwell Autosport for the chance to join their team for Daytona.”

O’Gorman was the first-ever winner in IMSA Michelin Pilot Challenge TCR competition, winning the debut race for the series at Daytona in 2019 with Shelby Blackstock in the No.37 LA Honda World Racing Honda Civic TCR. They went on to win at Sebring the following round, ultimately finishing fourth in the 2019 TCR drivers’ championship. O’Gorman is also the 2018 TCR Pole Award Winner, scoring five consecutive pole positions driving the No.12 eEuroparts! Racing Audi TCR with Kenton Koch.

The announcement comes against the backdrop of Rockwell Autosports’ expansion to two full-time TCR entries in 2023.

“We were considering a couple drivers on our shortlist for Daytona,” said Eric Rockwell. “Given Tom’s results in IMSA and being able to adapt quickly to both the Honda and Audi, he was frontrunner for the opportunity.”

O’Gorman began his professional racing career in 2015 after a successful crowdfunding campaign raised enough money for the grassroots racer to make his pro racing debut. He went on to win Pirelli World Challenge – now SRO America – drivers’ championships in 2016 and 2018. Also in 2018, O’Gorman debuted in IMSA competition for a partial TCR season, followed by a full season in 2019, all while racing for Honda Racing/HPD. 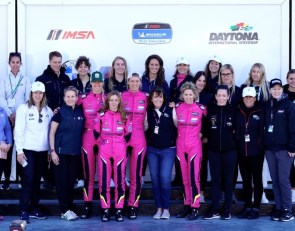