Joining the full-season pairing of Barbosa and Willsey will be Nico Pino, 18, and Danny Soufi, 19.

Soufi is coming off a part-time season with Konrad Motorsports in Prototype Cup Germany driving an LMP3 car. He was one of a number of drivers who tested with Sean Creech Motorsports in the off-season.

“The entire SCM team is fantastic,” said Soufi. “I really appreciate the opportunity to test with the team, and now to be driving with them in the 24. This is a huge step in my career so massive thanks to Sean and the whole team.

“Getting on track at that test was a great learning experience. The first lap on the banking was pretty intense, but I’d set out a goal of being clean and being quick, and everything worked out. I had good pace so I want to replicate that with every stint in the 24.”

The Rolex 24 will be Soufi’s IMSA WeatherTech SportsCar Series debut.

“Danny doesn’t have a lot of experience but he demonstrated a great deal of talent and maturity at the test last month,” Barbosa said. “Not just in lap times, but also in his approach. He’ll have plenty of guidance and time to get up to speed at the Roar.

“We have a very young lineup — not counting Lance and I, of course!” Barbosa added. “They’re both very talented, and it’s great to showcase the up-and-coming drivers. Nico has a great deal of experience in these cars and he did a great job for us at Road Atlanta.”

Pino returns to the team after joining it for Petit Le Mans at the end of last season. Pino is the more experienced of the two youngest drivers. This will be his second Rolex 24 after finishing seventh in class with Performance Tech Motorsports last year.

He’s coming off a second-place finish in the LMP3 class of the European Le Mans Series with Inter Europol Competition. Pino and teammates Charles Crew and Guilherme Oliveira won three races but were hamstrung by a disqualification in the first round of the season.

“I’m looking forward to working with the team again,” said Pino. “It helps having done Petit Le Mans with them last year, so I know their philosophy and I know what to expect. I look forward to continuing to improve in the car.

“Having experience at Daytona from last year, I’m ready to face the challenge of the 24. The priority at the Roar is to get comfortable with the car and have everything as perfect as possible ahead of the race weekend.”

This will be Lance Willsey’s 13th Rolex 24 but he was not fazed by the relative inexperience of his younger co-drivers.

“Coming into a race like this, the team is important, and the lineup is important,” he said. “But at this level, every team is good, every lineup is good. It comes down to who creates a little bit of good luck and who gets a little bit of bad luck. I’m confident that we have a competent and potent driver lineup and the best crew in the paddock, so if we all do our job, from top to bottom, good things will happen.”

While the drivers will be focused on getting their on-track performance to where it needs to be, team principal Sean Creech wants to ensure his squad does not lose sight of the finer details of the race. The team was penalized twice for pit road violations in last year’s race, mistakes that Creech wants to clean up this time around.

“We tested in December and the car was good, but who knows when we roll out at the Roar — and it will change again between the Roar and the 24,” Creech said.

“But we have a good deal of experience at Daytona on this team, which will help both Danny and Nico. We’ll work on getting Danny up to speed — getting used to spotters, to pit entry and exit protocols. That’s what hurt us last year, two pit lane penalties, so the Roar weekend is the time to work on all those procedures.” 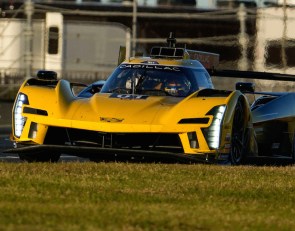 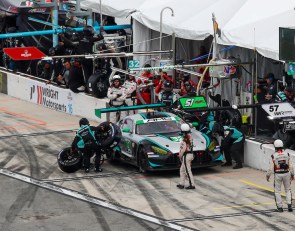