Updates have been made to the 2023 Trans Am Series presented by Pirelli Western Championship schedule, as Spring Mountain Motorsports Ranch replaces Utah Motorsports Campus, and dates shift for the Portland International Raceway event.

On October 20-22, Trans Am competitors will take on the 2.76-mile, 16-turn Charleston Peak North configuration at Spring Mountain Motorsports Ranch. Located just outside of Las Vegas in Pahrump, Nevada, Spring Mountain offers fast, sweeping corners, quick esses, elevation changes and is known for being the longest road course in North America, with a long-course configuration of 6.1 miles. The 2023 event will mark the first time the Trans Am Series has visited the track, which was built in 1998.

“We are thrilled to bring the Trans Am Series to Spring Mountain for the first time,” said Trans Am president John Clagett. “It’s an incredible facility that we know will challenge our competitors, and it allows us to expand the Western Championship’s reach into the state of Nevada. The Las Vegas market is a great one for sports, and we can’t wait to bring Trans Am racing to the fans.”

Originally scheduled for mid-July, the event at Portland Raceway has moved one weekend later to now be held July 21-23. Portland will also now host the Western Championship’s doubleheader weekend, which was originally scheduled at Utah. In the 2022 event at Portland, three classes were represented in the top-three finishing positions when the checkered flag waved. Chris Evans in the SGT class dominated much of the event to take the overall win, followed by Motul Pole Award winner Erich Joiner’s XGT car in second and Ken Sutherland third, taking the win in the TA2 class.

“We’ve made the decision to move the doubleheader to Portland, since that track is a known commodity to competitors, and it allows plenty of prep time before and after the event to account for the extra challenges a doubleheader weekend entails,” said Clagett.

Trans Am Western Championship competitors kick off the 2023 season at Thunderhill Raceway March 3-5. 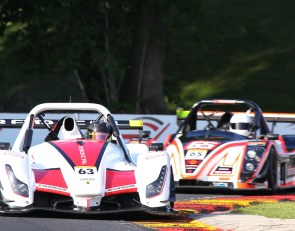 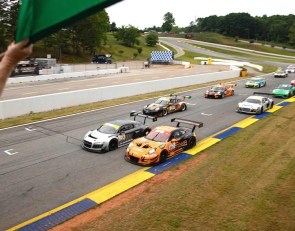