Ricciardo picked up just 23% of McLaren’s points this season, with Lando Norris scoring 122 of the 159 as it finished fifth in the constructors’ championship. Alpine secured fourth place by just 14 points and had both drivers scoring heavily — with Ocon outscoring Alonso and getting 53% of the total — and Szafnauer says that was a crucial aspect of his team’s success.

“If you just look at the points — and it’s not as simple as saying, ‘Let me double Lando’s points, where would they be?’ because it doesn’t quite work that way — but absolutely, especially in the midfield you need two drivers that can score,” Szafnauer said.

“I think it punishes you more in the midfield if it’s just one, because the points on offer aren’t that big usually. If one of them finishes 12th and the other one is eighth, as opposed to seventh and eight or eighth and ninth, it makes a difference over time.”

Alpine wants to fight for championships in the coming years and Szafnauer says that means consistent progress is required, setting the target of being closer to the third-placed team in 2023 — when Pierre Gasly will replace Alonso — even if it doesn’t actually move up in the constructors’ standings.

“Next year we have to take a step closer to being able to win a championship, which is what we wanted to do in 100 races. That 100 started at the beginning of this year so it’s less than 80 now, so for us to be able to do that… We’re fourth but marginal to fifth — we need to do the same but be closer to third next year.

“We need to be closer to third than we are fifth next year — even if we stay fourth we’ve got to make progress.” 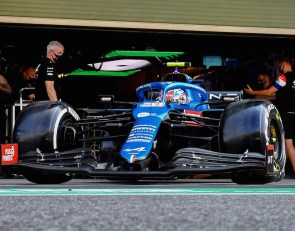