“We are always looking for additional ways to enhance the event experience for our loyal fans at the Acura Grand Prix of Long Beach and partnering with Craton will bring some additional variety and an expanded line of merchandise that our fans, partners and hospitality patrons will enjoy,” said Grand Prix Association of Long Beach President Jim Michaelian. “We have followed and seen Craton’s growth in recent years and look forward to working with them as we prepare for ‘Southern California’s 200 MPH Beach Party’™ here in April in Long Beach.”

Craton’s partnership with the Acura Grand Prix of Long Beach is a major addition to what is already a solid group of other top events on the national NTT IndyCar circuit. Additional Craton-supported races include the Firestone Grand Prix of St. Petersburg, Honda Toronto Grand Prix, Honda Indy 200 at Mid-Ohio Sports Car Course and the Grand Prix of Portland.

“The blockbuster appeal of the Acura Grand Prix of Long Beach is a blue-chip addition to Craton’s already robust lineup of other top-tier IndyCar events,” said Craton, Inc. President Geoff Lee. “While we have worked hard to become one of the fastest growing merchandise vendors in operation today, we also understand promotion and events and are proud to be aligned with a race like the Acura Grand Prix of Long Beach that practically wrote the book on sports special event promotion. This is the longest running major street race held in North America, but it’s much more than a race weekend. It’s a three-day, two evening festival, combining world-class racing with a wide variety of activities for the whole family, all taking place on the streets of downtown Long Beach. We are honored to be a part of it.” 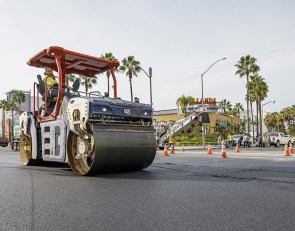