Considered one of the most prominent businesswomen in NASCAR today, Kelley Earnhardt Miller is the backbone to JR Motorsports, as she oversees the company’s race team, management team, and business ventures for her brother, Dale Earnhardt Jr.

Coming to JR Motorsports in 2001 as general manager, the company has flourished under her leadership. With teams in the NASCAR Xfinity Series, the CARS Late Model Stock Car Tour and NASCAR Whelen All American Series, JR Motorsports now boasts seven championships, including three NXS titles in the past five seasons and four in the Late Model ranks.

The daughter of seven-time NASCAR champion Dale Earnhardt, Earnhardt Miller graduated from the University of North Carolina at Charlotte in 1995 with a B.A. in Business Administration with a concentration in production and operations management. Out of college, Earnhardt immediately landed at Action Performance, the souvenir sales company that became the benchmark in NASCAR merchandising. Her many roles during a six-year span there included vice president of sales and vice president of procurement.

Earnhardt Miller’s move to JR Motorsports in 2001 was significant in the career of her racing brother, who had burst onto the NASCAR scene with Xfinity Series championships in 1998 and 1999. He then became one of the sport’s most publicized figures when he surged into full-time NASCAR Cup Series competition in 2000. His immediate success on the track further catapulted his popularity, and that success called for savvy leadership that could maximize his immense appeal. Earnhardt Miller instantly began expanding her brother’s business portfolio, landing corporate deals that would intensify his reach as both a racer and businessman.

In February 2010, Earnhardt Miller was named Opportunity Award winner by Lyn St. James’ Women in the Winner’s Circle Foundation for her part in bringing Danica Patrick to NASCAR. With numerous teams vying for Patrick’s attention, it was Earnhardt Miller who lured Patrick to JR Motorsports, giving the company one of the most recognized driver tandems in NASCAR with Earnhardt Jr. and Patrick.

Her most recent accolade came in 2015, as she was named one of Sports Business Journal’s Game Changers/Women in Sports Business for her impact on the motorsports industry.

Aside from duties as general manager at JR Motorsports and agent for her brother, Earnhardt Miller is on the Board of Directors for The Dale Jr. Foundation.  Since its inception, the Foundation has raised more than $8.1 million and distributed that money to more than 75 different charities to help give underprivileged individuals, with a focus on youth, the resources to improve their confidence and education.

Earnhardt Miller also serves as Chairwoman of the Board and Director of Blueharbor Bank. She also sits on the Board of Directors for BRANDT and Children’s Hope Alliance. 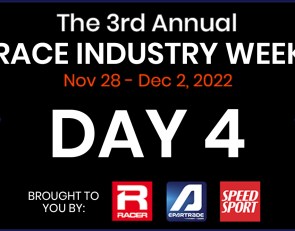 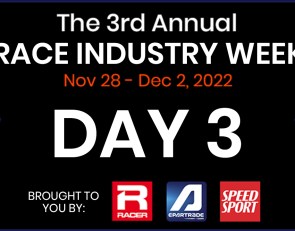