IndyCar close to signing off on TV documentary series

IndyCar close to signing off on TV documentary series

The NTT IndyCar Series says it’s close to signing a deal that would bring it into reality programming with a docuseries in the same vein of Netflix’s “Drive To Survive,” which concentrates on Formula 1, and the USA Network’s “Race for the Championship” featuring NASCAR’s Cup Series.

“We all just flew down here on the same plane, and one of the topics of conversation was hopefully finalizing a series deal,” IndyCar CEO Mark Miles told RACER as the series’ executive leadership landed in Texas for meeting. “It is definitely a work in progress. This one seems quite, quite close. So hopefully, we’ll have a specific announcement to make before long.”

Miles hopes to have the film crew onsite at IndyCar’s new Spring Training venue for the February 2-3 visit to The Thermal Club in California ahead of the March 3-5 launch of the 2023 season on the streets of St. Petersburg in Florida.

“Typically for a thing like this, they would shoot in ‘23 and air it beginning in ’24,” he said. “But I wouldn’t rule out the possibility that it could begin to air in ’23. But it certainly won’t be after Thermal or St. Pete. They have to start shooting in ’23.”

Miles also clarified well-known Dutch reality TV producer Reinout Oerlemans, who was rumored to be involved in the project, has not been contracted by the series. On a related TV topic, Miles said it’s too early to say if Spring Training will be covered on NBC’s Peacock streaming platform. 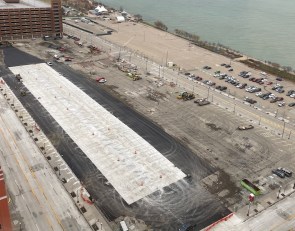