Lewis Hamilton has been summoned to the stewards at the Singapore Grand Prix for an alleged breach of an FIA International Sporting Code article that relates to jewelry.

The topic of drivers wearing jewelry was regularly discussed with the FIA earlier this season, with Hamilton feeling he was being specifically targeted by a clampdown of an existing regulation.

While agreements appeared to have been reached that avoided punishments, Hamilton has now been called to the stewards for an alleged breach of Appendix L, Chapter III of the FIA International Sporting Code.

Chapter III relates to helmets, flame-resistant clothing, frontal head restraints, safety belts or wearing of jewelry. The later article states: “The wearing of jewelry in the form of body piercing or metal neck chains is prohibited during the competition and may therefore be checked before the start.”

Hamilton, who has multiple piercings that he has been removing at recent races, has to visit the stewards with just over an hour to go before qualifying in Singapore. 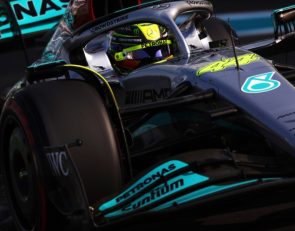