Haas team principal Guenther Steiner believes the unique aspects of the three races in the United States next season will ensure the success of all three.

The United States Grand Prix at Circuit of the Americas has been on the calendar since 2012 and provided Formula 1 with a permanent home in the States after five years off the schedule. Austin was joined by Miami this year, and a new street event in Las Vegas forms part of the record-breaking 24-race calendar in 2023 in a sign of growing American demand.

Steiner believes the tough schedule needs to be tackled to ensure fan appetite is met, and is confident the three U.S. races have positioned themselves cleverly.

“I think obviously 24 races is a lot of races but the demand is there, the fans want to see what we are doing which is the biggest compliment they can give us and we need to work hard to make them happy,” Steiner said.

“Three races in America, I think it comes at the right time. The sport is already popular and it’s getting even more so as we speak in America. More races are good and each of these races has got their own little thing that stands out, they’re not a copycat of each other.

“I think it’s very good and America is a very big country, and they will not get in the way of each other. Two of the races I already know are very good and I think Las Vegas will put a good show on.”

Austin will celebrate its 10th anniversary race next year right after F1 visits Singapore and Japan, both of which return to the schedule after being on enforced hiatus due to COVID.

“They are two races we missed in the COVID seasons,” Steiner said. “Firstly, with Singapore coming up, it’s a night race on a city circuit and it’s a very cool place. Secondly Japan, which in my opinion is one of the best race tracks in the world.

“Two completely different reasons why I like them, but two good reasons to have them back. I really look forward to going to these race tracks because we haven’t been there the last two years and it’s almost like going back to a new, old race track.” 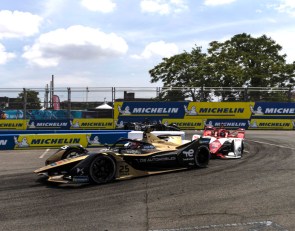