Radical Motorsport celebrates 25th anniversary with victories on and off track

Radical Motorsport celebrates 25th anniversary with victories on and off track

2022 is becoming more than just another candle on the cake for Radical Motorsport, as the company began the year unveiling a new name to reaffirm the company’s mission and purpose, moving from manufacturing a blend of road and race cars into the exciting world of motorsport and racing.

With the announcement of Radical Miami taking the number of U.S. dealers to nine, the already strong network of dealers jumps to 33 globally across 21 countries. This secures Radical’s position as not only the largest manufacturer of race cars in the UK, but second-largest globally.

Dan Redpath, Group Sales and Marketing Director, says, “while our success as a business is something to celebrate at our head office in Cambridgeshire, UK, I think it’s important to note that it wouldn’t be possible without our extensive and proactive dealer network. We aim to give our customers the very best customer service, from sales and support, to vehicle storage, driver coaching and testing throughout the year, and our dealer partners around the world are at the forefront of that.

“We’re excited by the addition of Radical Miami with Team Stradale in Florida and know that it’s the beginning of another great partnership. We’re also looking forward to our Nevada-based dealer, Spring Mountain Motor Resort, hosting our Radical World Finals in Las Vegas in November. They’ve been an invaluable asset to the business over the last two decades and now host over 100 Radicals at their facility.”

Radical Motorsport also celebrated its 100th SR10 leaving the UK factory destined for the U.S. this month. Alongside the expansion of its dealer network, this is another example of the successful completion of the five-year turnaround plan set out by CEO Joe Anwyll shortly after his appointment in 2016.

Speaking on Radical’s growth, Anwyll says, “Radical as a business has developed so much in the last five years, and I feel as though our 25th anniversary year especially has been filled with events to celebrate this. From our expanding dealer network to new customers across the United States and beyond, it’s been a very positive year and a great way to cap off the completion of a five-year turnaround plan. While we have many more exciting plans for the future, it’s rewarding to look back at the last few years and see how far we’ve come.”

With the company clearly back on track in the corporate sense, its on-track activities also continue to grow with now 14 single-make Radical championships around the world. Adding Radical Cups in France and Philippines gave two more reasons to celebrate in 2022, and two more destinations for Radical customers to explore as part of the ‘Race the World’ initiative. Three Radical Cup North America drivers have joined races overseas this year – Jack Yang, Jim Booth and Gustavo Rafols, and just eight points separate the four leading drivers who are all still in the running this year to win a drive in the UK as part of the outright North American Cup Championship prize – Mike Anzaldi, Austin Riley, Robert Rossi and Palmer Miller.

The Radical Cup North America is now in its fifth season, and under the guidance of newly-appointed Global Motorsport Director Tom Drewer, regularly attracts grids of over 30 Radicals across the U.S. with the highest grid at Road America in front of IndyCar crowds – a highlight which will be repeated in the 2023 season. 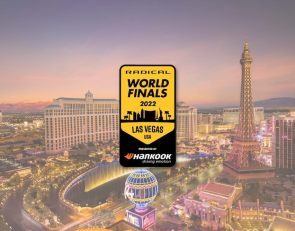