Denny Hamlin will not run the Xfinity Series race this weekend at Darlington Raceway as originally planned, as he deals with soreness from a crash last weekend at Daytona International Speedway.

Hamlin was one of 13 drivers involved in the lap 138 multicar wreck, when it started raining in Turns 1 and 2 of the Coke Zero Sugar 400. After being released from the infield care center, Hamlin admitted his body was sore and that his jaw felt like a boxer’s when “his whole face” gets demolished. It was the first big hit Hamlin has taken in the Next Gen car, and said everything other drivers have said about the hard impacts is true.

“I have had some soreness in my neck, back, and hips from the wreck on Sunday,” Hamlin said. “I feel like the right thing for me to do is sit out the Xfinity Series race and put 100 percent of my focus on getting ready for this weekend’s Cup Series playoff race.”

Hamlin was slated to make his annual appearance in the Saturday race at Darlington in the No. 18 Toyota with sponsorship from Sport Clips. Christopher Bell will now drive the car.

Hamlin has five Xfinity Series wins at Darlington. After crossing the finish line first in 2019 for what would have been a sixth win, the team was disqualified after the car failed post-race inspection.

Sunday (6 p.m. ET, USA) is the start of the Cup Series playoffs. Hamlin enters as the sixth seed with two wins and 13 playoff points. 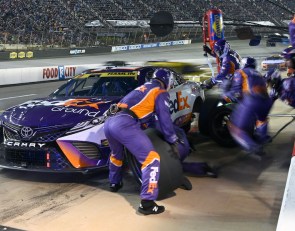 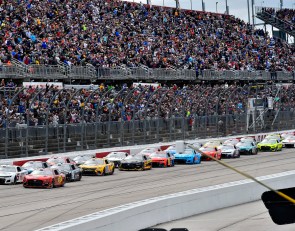 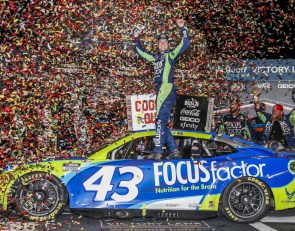