Chase Elliott will once again race in Nitro Rallycross following the conclusion of the NASCAR Cup Series season, joining the Travis Pastrana-led series at Wild Horse Pass Motorsports Park in Phoenix on November 12-13.

Elliott previously raced in the series at its 2021 finale in Florida, racing a Subaru WRX STI to eighth place in the event after finishing second in his semifinal.

This time he will be racing an FC1-X — Nitro RX’s own purpose-built electric vehicle — entered by the Dreyer & Reinbold JC team in the premier Group E class alongside the likes of Pastrana, Jenson Button, and 2022 race winners Robin Larsson and Andreas Bakkerud.

“I’m so excited to bang doors again with Travis at Nitro Rallycross in Phoenix,” said Elliott. “Last year was so much fun. I had a blast driving — the track was unreal. Flying over gap jumps definitely took some getting used to at first. But the thrill of putting your skills to the test on a course like this while competing against the best in rallycross is something I couldn’t get enough of.”

Pastrana, who won last year’s competition, has long been a proponent of getting NASCAR drivers into Nitro RX. Kyle Busch also raced in Phoenix last year, finishing fourth, while Scott Speed, who races in the Supercar class for Subaru alongside Pastrana, also enjoyed a spell in the Cup Series.

“As we gear up for the U.S. we’re so excited to welcome back Chase Elliott for Phoenix,” said Pastrana. “Having a NASCAR Cup Series champion of Chase’s caliber return is so awesome, and it reaffirms our goal to challenge the best and most fearless drivers in motorsport while offering fans unparalleled racing excitement. But on race day it’s absolutely game on for the checkered flag.” 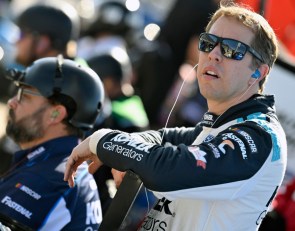 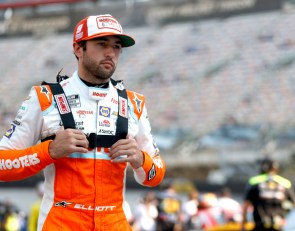