RM Sotheby’s has three Nissan Skylines up for auction at its flagship Monterey, Calif., sale August 18-20.

Built by Hasemi Motorsport in partnership with NISMO for the Japan Grand Touring Car Championship, this 1994 Nissan Skyline GT-R “JGTCC-GT1” is a race-winning entry driven by Japanese motorsports legend Masahiro Hasemi to second overall in that season’s drivers’ championship. This example also claimed a victory at the inaugural 1994 24 Hours of Tokachi — the only R32 Skyline to win a domestic 24-hour endurance race.

Acquired by the consignor directly from Hasemi Motorsport in 1996, this Skyline retains its works-built RB26DETT engine and Xtrac six-speed sequential transmission, and is wonderfully preserved and presented in its 1994 racing specification (Estimate: $500,000-$550,000).

Joining the JGTCC-GT1 are two remarkably preserved Skyline GT-Rs. Finished in the very desirable shade of Midnight Purple over a two-tone gray interior, the first of the two — a 1995 Nissan Skyline GT-R — indicates fewer than 1,590 km at the time of cataloguing and is powered by the famous 2.6-liter, twin-turbocharged RB26DETT inline six-cylinder engine, which is paired with a five-speed manual transmission.

See the full story and videos of the cars at VintageMotorsport.com. 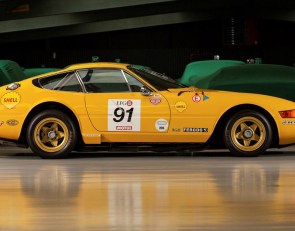 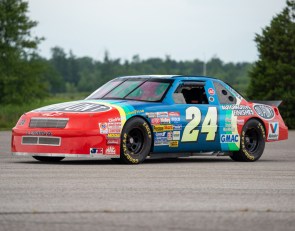 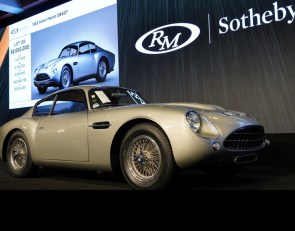