The Golden Rule was applied, as Josef Newgarden sees it, in his aggressive pass of Romain Grosjean that led to the Swiss-born Frenchman’s hard meeting with the Turn 9 wall on Sunday in Nashville.

On a restart with just a few laps to go, Newgarden fired his No. 2 Team Penske Chevy down the inside of Grosjean’s No. 28 Andretti Autosport Honda at the left-hander, and with the lateness of the passing attempt — and the somewhat shallow line taken by the two-time IndyCar champion — no room was left for both cars to exit the corner intact. IndyCar’s race control committee would take no action afterwards.

The clash wasn’t altogether different from the late and shallow pass Kyle Kirkwood tried to make on David Malukas a dozen laps earlier, with the difference being that Newgarden emerged unscathed while Grosjean and the two rookies were done for the day.

“Lovely; [expletive] lovely,” Grosjean said over the radio before climbing out and gesturing angrily at Newgarden when the field came by on the next lap. He’d later add a more sanitized take on the situation, saying, “I’m really disappointed with Newgarden’s move that ended our race, but it is what it is. I think, again, the positive is that we had a very fast car all weekend.”

In his response, Newgarden invoked a bit of “Do unto others as you’d have them do unto you” when asked about the pass on Grosjean. On a few occasions this year, Grosjean has taken a hard line with those he’s raced at a level that stepped over the accepted norm for aggressiveness. If the favor was returned in Nashville, the Penske driver offered no remorse.

“Well, I was alongside him fully, if not a little bit ahead,” Newgarden said. “I haven’t seen it from the outside, but [I was] certainly not trying to [hit him]. I’m already ahead of him at that point. Welcome to IndyCar; it gets tight. You know, he’s been on the worst end of that. I don’t know what to tell him. You know, good thing I was ahead. That’s the biggest thing. You don’t want to be ahead of this guy on this type of moment.”

On a day where 13 of 26 cars failed to finish — mostly due to contact –Newgarden felt lucky to come home in sixth place and in one piece. Grosjean, who started second, was classified 16th.

“It’s street course racing,” he continued. “Let me tell you what — I [nearly] got taken out six times myself, you know; probably need to have some discussion with some of the younger guys, but they’re just aggressive. They’re very aggressive. And if you’re not aggressive back, then you get run over, so that’s IndyCar racing. You gotta learn that pretty quick. I don’t like it, but that’s the game that we’re in.” 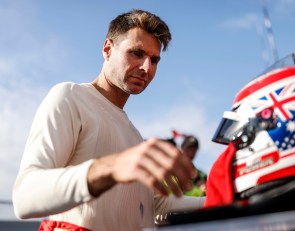