Nicholas d’Orlando put his name on the list of rising open-wheel stars over the past two years, following in the footsteps of his older brother Michael as he began a march up the Road to Indy Presented by Cooper Tires ladder.

D’Orlando, 19, plans to parlay a partial 2022 Cooper Tires USF2000 Championship season into a full ride in 2023, aiming for the vaunted scholarship package that would help him continue his progression.

Like his brother, the younger d’Orlando began his racing career at the tender age of 5, joining Michael in the family karting endeavors near their Hartsdale, NY home. But what began as weekend fun quickly became a competitive success, with the younger d’Orlando following his brother up the karting ranks. Earning multiple national karting titles, d’Orlando garnered interest from world-renowned European team CompKart USA, which brought him on board as a factory driver.

Focusing on his studies through 2019 and ’20 (d’Orlando now attends the University of North Carolina at Charlotte), Nicholas returned to competition with Team Pelfrey in the 2021 Formula Race Promotions F1600 Championship – and dominated the season, racking up 18 podiums and a record-setting 12 victories from 24 races on his way to the championship title.

With an eye on gaining as much experience as possible – and to get a street race under his belt – he joined VRD Racing, the two-time F4 U.S. Championship winners led by chief engineer and team owner Dan Mitchell. The d’Orlando family has significant history with Mitchell, with Michael starting his USF2000 career with Team Benik, Mitchell’s first USF2000 team, back in 2018.

D’Orlando adjusted to the additional horsepower quickly, setting the quickest race lap in his series debut at Road America and holding the fastest time in the official Mid-Ohio practice session. He feels that he’s progressed well on the steep learning curve and is ready to post a challenge at the September season finale.

“The transition into USF2000 was quite smooth,” says d’Orlando. “Fortunately, before I made my original plans to enter USF Juniors, I took part in the Chris Griffis Memorial Test at IMS in the USF-17, which gave me valuable experience ahead of the transition to the USF-22. I’m super excited to be in the USF2000 paddock and it’s been an incredible learning experience to be on track with so many talented drivers – including my brother, who’s in his third season in the series.

“It didn’t take long to get up to speed and now, after three weekends, I think I’ll be competitive at the season finale in Portland. So overall, I think the jump was a smart move for me and I can’t what to see what the final race of the season (and of course, next year) has in store.”

Only one more race weekend remains in the 2022 USF2000 season: the triple-header finale at Oregon’s Portland International Raceway, Sept. 1-4.

To learn more about Nicholas d’Orlando, click here and for the latest from the Cooper Tires USF2000 Championship, click here. 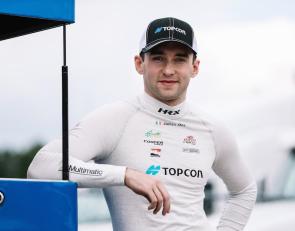 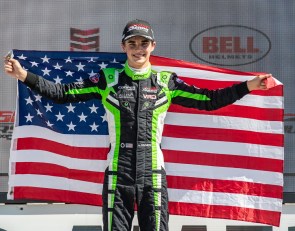