It’s early evening on a Wednesday in mid April, and Connor Zilisch is wrapping up a day at the kart track. It’s nothing out of the ordinary for the 15-year-old racer from Mooresville, N.C.

Between now and the end of the year, he has three weekends planned that will not find him at some type of racetrack. The rest of the year, he’ll be competing in a full season of the Idemitsu Mazda MX-5 Cup Presented by BFGoodrich alongside a laundry list of other racing machinery on road courses, and even a few short-oval dirt tracks.

When he isn’t behind the wheel himself, he’s busy coaching. On this day, his pupil happened to be the young son of a current NASCAR superstar. In the midst of all this, he’s also earning straight A grades in his sophomore year of high school via an accelerated, self-directed online program. It would be extraordinary for most, but for Zilisch it’s pretty much all he’s ever known.

“I’ve been racing karts since I was four,” says Zilisch. “I started at Carolina Motorsports Park. I went to Europe when I was 11, and raced in the Mini ROK championship, winning against 160 other drivers. Since then my career’s taken off.

“I raced in Europe a lot after that and the experience has really helped me,” he continues, neglecting to add that he was the first American to win the CIK-FIA Karting Academy Trophy in 2020, placing him in the draft of the likes of F1 aces Charles Leclerc and George Russell.

“Karting has been really great for teaching me the fundamentals. I met many people along the way that have taught me a lot,” says Zilisch. “Not everyone gets that experience, so I’m super grateful for it and very fortunate.”

In 2021, with only a handful of grassroots car races under his belt, Zilisch headed to the SCCA Runoffs at Indianapolis Motor Speedway and proceeded to qualify and finish in third place out of a 92-car Spec Miata field.

“I saw the picture of the start and it was incredible to see that many Miatas coming down the straight at Indy, but I never saw most of them in the race,” he smiles. “It was an incredible experience and I learned so much. Standing on the same podium where so many other amazing drivers have stood was really special.”

Just weeks after that, Zilisch won the Mazda MX-5 Cup Shootout that will pay for his season this year in MX-5 Cup. In the first two doubleheaders of 2022, at Daytona and on the streets of St. Petersburg, Zilisch took second-, fourth-, seventh- and 17th-place finishes, putting him fifth in the overall points and best of the rookies. A more challenging weekend for Rounds 5 and 6 at Mid-Ohio delivered two more 17th-place finishes, but Zilisch still sits eighth in the standings as the series heads to Watkins Glen International in late June.

Zilisch backed up his Shootout triumph with an impressively consistent start to the MX-5 Cup season.

“This season has gone really well so far,” says Zilisch. “I had some bad luck in St. Petersburg while running in fifth place and fell back to 17th, but that aside, it’s all going well. I just need to keep the consistent results coming.”

Zilisch is aiming for some race wins in 2022 and the Rookie of the Year title, but he’s also not ruling out a challenge for the overall title, although he knows it will be difficult.

“It’s a steep learning curve as there are a lot of guys who have several years of experience,” he says. “I have to learn from them and quickly adapt to the what the racing style is, because it’s different to anything I’ve done before.”

The future for Zilisch is still unfolding, but he’s not ruling anything out. It could be in sports car racing, but with Kevin Harvick as a mentor, NASCAR might be the end goal. Until then, it’s full speed ahead in the Mazda MX-5 Cup.

MAZDA ROAD TO PRO
2022 marks the 17th year for the Mazda MX-5 Cup Shootout offering scholarships to help drivers compete in the Idemitsu Mazda MX-5 Cup Presented by BFGoodrich, a series where there’s more than $500,000 in prize money on offer from Mazda, including $250,000 for the overall champion and $85,000 to the Rookie of the Year.

Up for grabs are three scholarships — one valued at $110,000, the largest in club racing, plus two more each valued at $75,000. Karters are eligible for a $50,000 scholarship toward Spec MX-5 Challenge Presented by Toyo Tires.

Talented and deserving drivers who miss out on a championship may be selected by Mazda to submit a business plan, video and resume to then be selected as finalists to compete in a two-day shootout that determines the winners who will follow in 2021 winner Connor Zilisch’s path.

MX-5 Cup Shootout winners, with Zilisch at the center of the top row.

The Idemitsu Mazda MX-5 Cup Presented by BFGoodrich roars back into action for Rounds 7 and 8 at Watkins Glen International, June 24-25. All races are streamed live on RACER.com and archived on the RACER magazine YouTube channel. To view the full season schedule and learn more about the series visit www.mx-5cup.com. 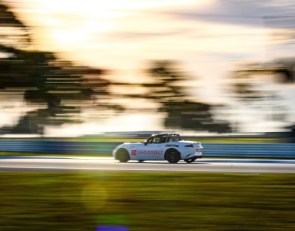 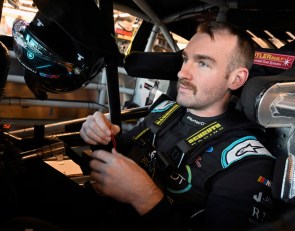