Pride livery to return to Andretti's No.28 for Indy 500

Pride livery to return to Andretti's No.28 for Indy 500

The rainbow sidepods are returning to the No. 28 Andretti Autosport Honda, and this time, it’s at the biggest race on the NTT IndyCar Series calendar. Having debuted the last year at the Detroit event on the DHL-sponsored car driven by Ryan Hunter-Reay, the Pride livery will be carried by Romain Grosjean at the Indianapolis 500 in support of the LGBTQ+ community and bring a charitable component to the effort.

“The livery, which showcases a memorable DHL Pride rainbow logo, carries a message of diversity, equity and inclusion, helping to promote a sense of belonging both inside and out of the workplace,” the Andretti team said.

“Fans can take a stand with DHL by purchasing replica pride jerseys sold at the official IMS/IndyCar trackside stores in May as well as on shop.indycar.com, benefiting GLSEN, an educational organization that works to end discrimination, harassment, and bullying based on sexual orientation, gender identity and gender expression.”

“We’re really proud to stand with DHL and once again bring the Delivered with Pride message to the racetrack” he said. “The month of May is the perfect stage to promote diversity and help build a culture of inclusion. We look forward to seeing the DHL Pride livery on track during this week’s test days and again through the Indy 500.” 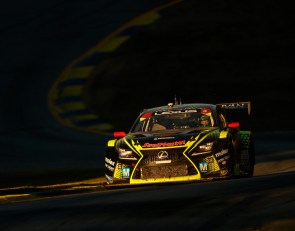 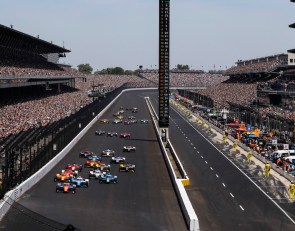