Ferrari Challenge completed its North American edition of Ferrari Racing Days for the 2022 season at Daytona International Speedway with a flourish as over 60 drivers took to the track for the final races of the weekend.

Trofeo Pirelli. After a disaster of a race on Saturday, Manny Franco bounced back and trounced the field en route to his second win of the 2022 season on Sunday, besting Jeremy Clarke and Matt Kurzejewski who rounded out the podium in second and third. After claiming the pole position, Franco jumped to the lead, but was never quite able to build a gap as the top four cars remained in relatively close contention through the first half of the thirty-minute contest. But, at that point the complexion of the race changed as a driver had an incident at the tricky Turn 1, bringing out the full-course yellow. After a lengthy slow period while crews took care of the accident, Franco jumped back into the lead on the restart though Clarke kept the pressure on throughout. By the end of the contest, Clarke was just eight-tenths of a second behind while Kurzejewski was a further four seconds back.

In the AM category, Dave Musial Jr. took his first win in the Trofeo Pirelli AM category while he was chased to the checkered flag by championship leader Alfred Caiola. The podium was completed by Benoit Bergeron though it was a hard-fought affair as he and Todd Coleman traded places several times through the race.

Coppa Shell. Brian Kaminskey took his second pole position and converted that into a race win on Sunday, his second of the season. Kaminskey was locked in a race-long fight with Michael Petramalo and as the laps clicked down, Petramalo’s enduring pressure began to have an affect on Kaminskey. Out of the final few corners, Petramalo got a great run and surged closer as they approached the line, but ultimately came up just one tenth of a second short of beating Kaminskey. Justin Rothberg rounded out the podium in third, three seconds adrift of the leaders. The Coppa Shell race also featured a solitary safety car period after another incident in turn one that took some time to clear, bunching the massive 33-car field up before the restart with about 10 minutes remaining.

In the Coppa Shell AM category Anthony Davis took his first win of the season after earning successive podiums at the previous round in Austin and also established himself as the championship leader in the category by a single point. He was followed by David Schmitt, making his first podium appearance in Ferrari Challenge competition and Dan Cornish, who enjoyed an excellent, double-podium weekend at Daytona.

Schedule. Ferrari Challenge continues its 2022 season with a trip to Watkins Glen International Speedway May 18-22 and with subsequent trips to Montreal in support of the Canadian Grand Prix, Indianapolis, Sonoma and the Finali Mondiali at Imola in October. 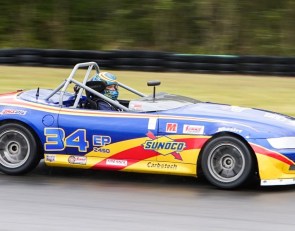 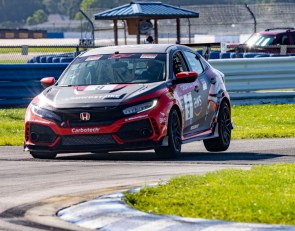