The Ferrari Challenge series in North America is set for its annual Ferrari Racing Days extravaganza on the high banks of Daytona International Speedway. The Daytona paddock will be the most full of Ferraris that its ever been, at least since 2016 when the famed circuit hosted the Finali Mondiali event to conclude that season. Notably, however, today’s paddock includes more representatives of Ferrari Challenge race cars than it did in 2016. 65 examples of Ferrari’s 458 Evo car began Sunday’s Finali event, while an equal number of drivers is set to compete in this weekend’s action, joined by an additional 20 cars from the Club Challenge cadre.

Hallowed ground
Daytona’s place in Ferrari’s legendary racing career is well secured, most notably through five overall wins at the famed 24-hour event run each January. The Challenge drivers will join an incredible cadre of the most famous names in motorsport such as Mario Andretti and Jacky Ickx in a 312 PB in 1972, Pedro Rodriguez in a 250 GTO in 1963 and 1964, Didier Theys in 1998 (now the lead coach of the Challenge series in North America) and perhaps most famously Lorenzo Bandini and Chris Amon in 1967 in their 330 P4.

Trofeo Pirelli
Manny Franco (Ferrari of Lake Forest) and Marc Muzzo (Ferrari of Ontario) sit tied at the top of the Trofeo Pirelli standings after the first weekend of 2022. Franco looked set to dominate the weekend, but a miscue on a restart on Sunday opened the door or Muzzo who seized it with both hands. Meanwhile, Jason McCarthy (Wide World Ferrari) sits in third, 11 points behind the leading two in what is shaping up to be the most competitive season of Trofeo Pirelli competition since 2017. In the Am category, Alfred Caiola (Ferrari of Long Island) is tied with Todd Coleman (Ferrari of Denver) at 20 points apiece.

Coppa Shell
After the weekend at Circuit of The Americas, Brian Kaminskey (Ferrari of Long Island) leads the Coppa Shell category on the back of a pole position and race win on Sunday. Frank Chang (Ferrari of Seattle) had similar results on Saturday, but Kaminskey’s podium on that day compared to an incident for Chang generated the current 9-point difference between the two, which is sure to increase as Chang will not attend the Daytona weekend. Todd Johnson (Ferrari Rancho Mirage) meanwhile leads in Coppa Shell AM taking both his first pole and win on Saturday while Paul Kiebler (Ferrari of Central New Jersey) trails by just three points.

Schedule
The weekend’s action will begin on Thursday and Friday with private testing and practice sessions both for the Ferrari Challenge competitors. Saturday’s activities, however, will be the highlight of the weekend with Club Challenge, XX Program cars and Club Competizioni GT each taking a morning session. In the afternoon, qualifying will take place for the Ferrari Challenge competitors until the XX cars return to the track at 2:25 p.m.  Next up is sure to be the highlight of the weekend as the F1 show will take place at 3:45 p.m. followed by pre-race festivities and an open grid for spectators to see the cars up close on the Daytona pit lane.

Ferrari Challenge racing will begin with the first green flag at 4:40 p.m. for the Coppa Shell class while the Trofeo Pirelli cars will get their green flag at 7:50 p.m. and race under the lights until 8:30. Sunday’s activities will be condensed to the daylight hours with XX sessions at 9:05 a.m. and qualifying for Ferrari Challenge beginning shortly after at 9:35. Racing sessions will kick off in the afternoon at 12:50 p.m. 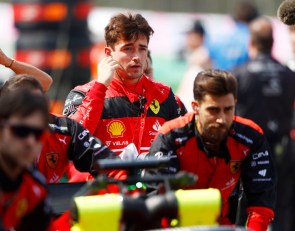 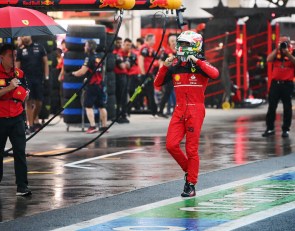