Ferrucci to replace Harvey in Texas

Ferrucci to replace Harvey in Texas

Santino Ferrucci will return to the No.45 Rahal Letterman Lanigan Racing Honda to substitute for Jack Harvey, who failed to clear the NTT IndyCar Series’ cognitive test after his hard impact with the wall during Saturday’s final practice session.

Ferrucci, who drove the No.45 for RLL last year at five rounds, was at Texas Motor Speedway on Saturday, which made his availability an asset for the team to draw upon.

“[I’m] Just happy that Jack’s OK,” Ferrucci told RACER. “Happy that I’m here, and just going to represent for Hy-Vee and try and have a good day for Rahal Letterman Lanigan Racing.”

The RLL team was forced to build a new chassis to replace the Dallara DW12 that was destroyed in the impact. IndyCar allowed the team to stay until 12:30 a.m. to make headway on the build, and the team was hard at work upon their return to complete the process.

IndyCar has also given the team a special dispensation for Ferrucci to turn laps in the car at 10:15 a.m. – approximately 90 minutes before the green flag – to get up to speed and ensure the new chassis has no issues prior to the green flag.

“Per IndyCar protocol, all drivers wear accelerometers that measure g-forces exhibited during an incident,” the series released in a statement.

“These get evaluated, fully, after each incident, and if the result of the g-forces surpasses the minimum threshold, drivers must be re-evaluated prior to returning to competition. Following the protocol, the driver of the No. 45, Jack Harvey, was re-evaluated this morning and was not cleared for racing. Harvey is working closely with the IndyCar medical team regarding next steps.” 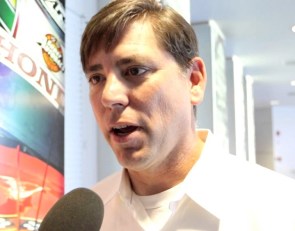