Haas has dropped Nikita Mazepin as well as terminated its title partnership with Uralkali following Russia’s invasion of Ukraine.

The team had already removed Uralkali branding and sponsorship from its car for the final day of pre-season testing in Barcelona last week, as well as from its transporters, motorhome and media platforms. It has now announced that it has ended Mazepin’s driver contract and the title partnership.

“Haas F1 Team has elected to terminate, with immediate effect, the title partnership of Uralkali, and the driver contract of Nikita Mazepin,” a team statement read. “As with the rest of the Formula 1 community, the team is shocked and saddened by the invasion of Ukraine and wishes for a swift and peaceful end to the conflict.”

Uralkali is run by Mazepin’s father Dmitry, who is a close ally of Russian president Vladimir Putin, who is being globally condemned for the invasion of Ukraine that started 10 days ago. The driver’s deal was tied in with the title partnership, leading to both being dropped at the same time.

Haas expects to make an announcement about its driver line-up early next week. Team principal Guenther Steiner told RACER during Barcelona testing that Pietro Fittipaldi was the first option to substitute for Mazepin in the Bahrain test if required; however, with a full-time seat now available, Haas is likely to have options from outside the team including Ferrari’s experienced driver Antonio Giovinazzi and Alpine rookie Oscar Piastri. 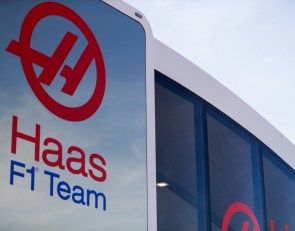