Max Verstappen has spoken out on the FIA’s decision to remove Michael Masi from his role as Formula 1 race director, saying he has “really been thrown under the bus.”

Masi was replaced as part of a restructuring of race control by FIA president Mohammed Ben Sulayem, following the controversial handling of the closing stages of last year’s Abu Dhabi Grand Prix. Verstappen won that race and the world championship after a late safety car period led to only the lapped cars between himself and race leader Lewis Hamilton being removed for one racing lap. Verstappen says the environment Masi was forced to work in needed changing but not the race director himself.

“I think it’s not correct,” Verstappen said. “Everyone always tries to do the best job and everyone can always use help — us drivers also, we have a whole team behind us, to improve ourselves. For me it is very unfair what happened to Michael, because he’s really been thrown under the bus.

“Of course people talk a lot about what was decided in Abu Dhabi but can you imagine a referee in whatever sport has the coach or equivalent screaming in his ear all the time, ‘Yellow card, red card, no decision, no foul!’? It’s impossible to make a decision. That F1 already allowed that — that team members could talk to him while making decisions — is very wrong, because it needed to be Michael making the decisions on his own without having people screaming in his ears.

“The people who did sack him allowed him in the first place, for me is unacceptable — and now basically just, yeah, sacked him. I found it really incredible. I feel really sorry for Michael, I think he was a very capable and good race director.

“I have nothing against the new race director — I think they’re also good and capable race directors, but personally and for Michael I felt really sad and I sent him a text as well. Not the right decision.”

Verstappen says Masi should have been given more time and support to evolve into the role after being promoted out of necessity due to Charlie Whiting’s sudden death in 2019.

“I do think if you maybe would have put something next to him… after Charlie died it was very hard to take over from someone like him, he had so much experience from previous years; and Charlie had help around him — maybe Michael just needed a little bit more.

“Everyone needs experience. I mean, I came into the sport, my first year, a complete rookie, now I’m so much further than what I was back then, and I think it would have been the same for Michael. To immediately sack him for me is not the right decision but I wish him the best with whatever comes next — and I hope it’s better than being the F1 race director.” 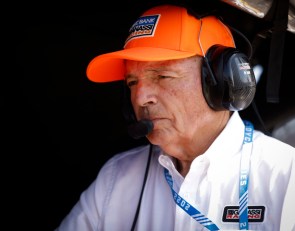 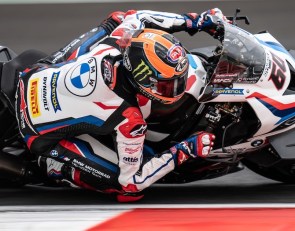