Jan Heylen was named the recipient of the Porsche Cup athe the manufacturer’s “Night of Champions” event, for his 2021 efforts that included a campaign in the IMSA Michelin Pilot Challenge championship, along with capturing the Michelin Endurance Cup GTD title in the WeatherTech Sportscar Championship.

The 41-year-old Belgian contested the Pilot Challenge GS championship with Wright Motorsports in a Porsche 718 Cayman GT4. His four-race run in the Endurance Cup was with the same squad, but in a Porsche 911 GT3R with a lineup that included Patrick Long and Trent Hindman.

The annual award was first presented in 1970, and goes to the most successful private Porsche driver, who receives a Porsche valued at $168,600 and the trophy.

“Not many people have won the Porsche Cup (racing) with just one team in one country,” Heylen said. “It’s just been a special year between GTD and winning the Endurance Cup and then the GT4 championship, which was a lot of fun; I really enjoyed racing in the Michelin Pilot Challenge.

“You can only win this championship if the opportunity is given to you and you’re in the right cars and with the right team and teammates. So, I’m really grateful, not just for winning this but for being part of Wright Motorsports. It was really a special year and to end it with winning the Porsche Cup is really, really cool.”

Additionally, Heylen will rely on close friend Long, a longtime factory driver for the German automaker who recently announced his retirement from racing full-time, for advice on which Porsche to add to the garage.

“For me to have a chance to have a car like that is really cool because it’s something that I would never get for myself,” Heylen said. “It’s a really unique gift; it’s just super cool. Racing 911s, they have a lot of good cars, but I’d really like to have a 911. I’m talking to Patrick to see what the better car would be.” 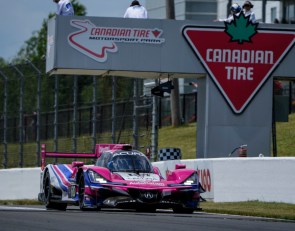