Having retired from a long driving career spent in the CART IndyCar Series, American Le Mans Series, Champ Car World Series, Indy Racing League, IndyCar Series, and the ALMS once more through 2008, he founded Bryan Herta Autosport and entered the Indy Lights series in 2009. He’d take his 2010 Indy Lights driver Sebastian Saavedra to the Indy 500 that year where BHA made its first IndyCar Series start and shocked the world the following May when Dan Wheldon won on the 100th anniversary of the inaugural Indy 500.

The BHA team would go full-time in 2012, saddled with an uncompetitive Lotus engine, switched to Honda and persevered through 2015 with different drivers and an array of sponsors before a lack of funding forced its IndyCar operation to fold. A co-entry partnership with Herta’s former teammate and boss Michael Andretti in 2016 brought Alexander Rossi to IndyCar and added a second Indy 500 win for BHA, and while his independent IndyCar program met its end, Herta launched Bryan Herta Rallysport which ran in the Global Rallycross series from 2015-2017.

It’s also worth noting that BHA remained in Indy Lights through 2014 with partial- or full-season campaigns. With the Andretti Herta Autosport IndyCar effort going strong, but the unfortunate demise of BHR to contemplate as the Global Rallycross series collapsed in America after the 2017 season, the next phase for BHA was initiated as a new partnership was struck with Hyundai to tackle sports car racing.

Indy Lights, IndyCar, more Indy Lights, Global Rallycross, and then in 2018, the Pirelli World Challenge series and its TCR class with a Hyundai i30N and a championship with Michael Lewis and Mark Wilkins. A move to IMSA’s Michelin Pilot Challenge series in 2019 delivered another TCR title, this time with Wilkins and Lewis in a Hyundai Veloster N, and in 2020, BHA went 1-2-3 in TCR with Gabby Chaves and Ryan Norman as the winning driver duo.

That brings us to 2021 and BHA’s third consecutive IMSA TCR championship — and fourth straight TCR title with the World Challenge crown included — as Lewis and Taylor Hagler won the class with their Veloster N.

All of the TCR dominance has produced a wave of momentum and desire for Herta to take BHA back to the upper echelons of the sport. With Hyundai’s touring cars serving as BHA’s foundation, IMSA’s top WeatherTech SportsCar Championship is known to hold Herta’s interest. And if he can eventually make it into prototype or GT racing there, why not search for ways to recreate BHA’s days as a standalone IndyCar entrant?

“We are ambitious in our goals in motorsport,” Herta told RACER. “We don’t have any plans to compete at the next Rolex 24 At Daytona, but I want to do all of that. I’d like to see us run our own IndyCar program again, and I’d like to see us do something in the (IMSA) WeatherTech Championship. Those are two big goals and targets for us that we’re working towards.”

If Herta’s track record as a team owner offers any guidance, his successful stops in Indy Lights, IndyCar, Global Rallycross, World Challenge and now IMSA would suggest he’s eminently capable of turning goals into realities for BHA. Competing across a number of major championships — similar to Andretti Autosport, Chip Ganassi Racing, Team Penske and other standard bearers — is where Herta’s sights are fixed.

“We’ve had a lot of interesting conversations, including with our partners at Hyundai,” he said. “But the criteria that for us — and we’re very fortunate with the TCR category we race in and the TCA cars that we build for Hyundai — is it’s got to add and not take away from a great and solid winning program we’ve developed so far. So we are looking to build on that, but anything we build on must have the same sort of potential for success.” 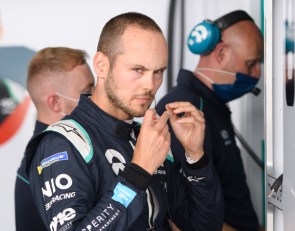