Now in their seventh season of life on the road, Dinner with Racers hosts Ryan Eversley and Sean Heckman have released their first wave of recordings from what turned out to be a 25,000 mile journey in 2021.

Recording both their traditional podcast as well as a to-be-announced season of video projects, the duo have put out their first 10 podcasts for everyone’s upcoming Thanksgiving travels, with the remaining episodes slated for release in December.

This year’s podcasts covers the usual array of diversity in the series, featuring everything from Helio Castroneves recounting many untold stories in his career, to the eye-opening efforts of NASCAR’s Staten Island project from Michael Printup, to the ceaseless viewpoints of dirt track legend Jack Hewitt.

“We’re as excited as ever to put some of these stories out there,” stated series co-host Ryan Eversley. “In our seventh season it’s incredible that we can keep these big road trips going, and it comes down to the willingness of our guests to open up and truly share insight that you simply can’t get at the track. It’s been a great ride and we’re incredibly thankful to Continental Tire, Acura, Valvoline and of course our fans for making this a reality.”

The series continues its support from sponsors Valvoline and Acura, with primary backing from Continental Tire, who has been cornerstone of the project since the beginning. 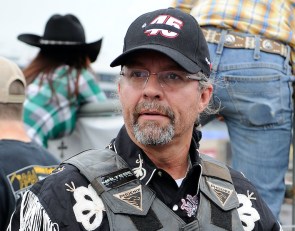