Forging Ahead — Chapter 4 focuses on the turbulent and pivotal year of 1974 in the life of RACER magazine founder (and Vintage Motorsport and Sports Car magazine publisher) Paul Pfanner.

Following the death of his father in September 1973, Paul transitions from a racing-obsessed teenager to actually attempting to race in the SCCA and IMSA Super Vee class while also working to save FORMULA magazine from financial collapse. Along the way, Pfanner deals with the first energy crisis and resultant deep recession that disrupted global society — especially auto racing. Racing’s dangerous era continues when two more Formula 1 racers are lost. But amid the gloom, Paul and his Whittier High School pals Mike Vannatter and Doug Rogers still find a way to have fun and forge ahead while chasing their dreams regardless of the challenges they face.

This is the true origin story of RACER magazine, RACER Studio and RACER.com. This series includes original home movie film and images from from the 1970s as well as period promotional film footage and race broadcast clips from the era. Forging Ahead, Chapter 1 began production on March 28, 1971 and took “only” 18,059 days of development, whereas Chapter 2 took just 75 days to complete and Chapter 3 premiered on Monday, November 23 just five days later, so we are learning how to go faster while constantly improving — which is what racers do.

After Paul took a break to focus on RACER magazine’s and RACER.com’s remarkable growth as the world began to exit the COVID-19 pandemic, production resumed on Episode 4 which now debuts 358 days after Chapter 3. More chapters of Forging Ahead are in production and will debut soon in celebration of Pfanner’s 50th Anniversary of working in racing media and marketing.

Catch up on previous chapters below. 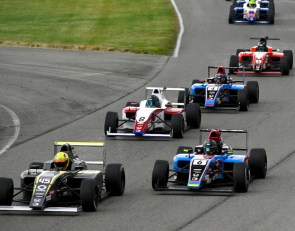 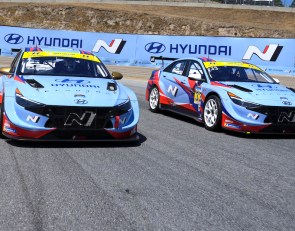 Next Level: Hyundai’s drive to three-peat